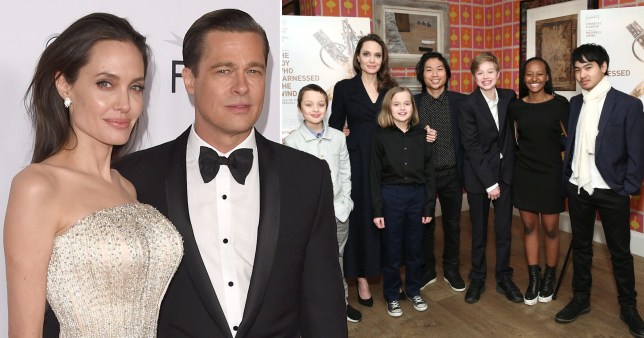 Former couple Angelina Jolie and Brad Pitt are amid a very intense legal battle. It deals with the custodial rights of their children.

The ex-flames are blessed with six children, John, Vivienne, Maddox, Zahara, Knox and Pax. And after the couple’s split, the children have been staying with their mother Angelina Jolie.

But the decision about the custody has not been finalized yet. And their parents Angelina Jolie and Brad Pitt are fighting an intense legal battle. So naturally, the children will be affected by the sour relations between their parents.

Because as children they have already dealt with Jolie and Pitt’s ugly split. And now the divorce proceedings and the custodial battle has turned too messy for words.  Thus it is difficult for the children to cope with during these tough times.

It is a psychological fact that children are indeed affected by the insert going on between their parents. And we know that Jolie and Pitt are not at all in healthy terms. Even if the children don’t admit it, but deep down they want the broken family to be mended.

As mentioned earlier Pitt and Jolie’s split, as well as the messy legal battle, has affected their children. But as co-parents, they are trying to shield the kids from the bitterness that is going on.

We have noticed that Pitt and Jolie never miss any moment to be with the children. No matter how bad things are between the former couple, they try to be ideal parents to the six adorable kids.

We know that Angelina Jolie and Brad Pitt are not in a cordial term anymore. Because we saw how the pair had a big argument during the divorce proceeding when Angelina requested to change the judge.

Pitt accused her of several things like she is trying to disturb the divorce proceeding and much more. But they made sure that this did not affect their children.

Thus just a few days after this mess Pitt visited Angelina Jolie and the kids. They are trying their best to reduce the toxicity they have between them.

So that they can be at least in cordial terms for the highest good of their children. So no matter how messy things turn Jolie and Pitt will always be there for their children.