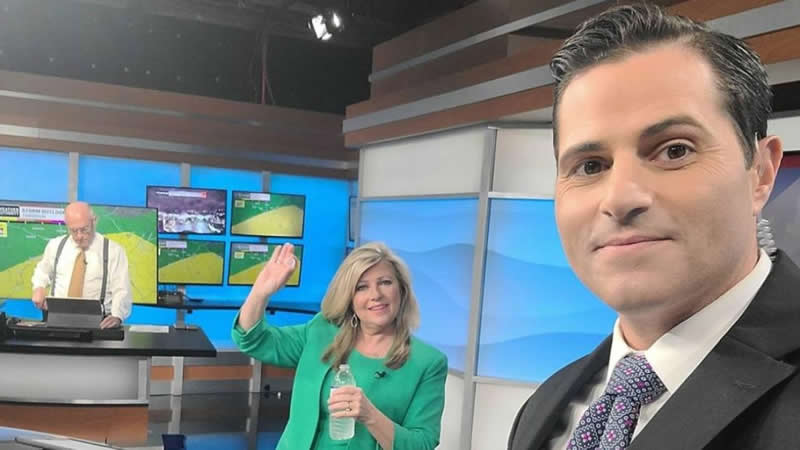 He earned renown for breaking a news story about a meeting between former U.S. President Bill Clinton and former U.S. Attorney General Loretta Lynch at the Phoenix Sky Harbor International Airport in June 2016, at the height of the Hillary Clinton email controversy. He wrote a book, Secret on the Tarmac, on the topic.

Christopher’s death is being investigated by the police. What is the cause of death?

Did the police share further details about Christopher Sign’s cause of death?

The police found Christopher’s body at his Scout Trace residence in Hoover, Ala., after receiving a phone call at around 8:13 a.m. on Saturday, June 12, 2021. As Captain Keith Czeskleba told Alabama Local News, the death is currently being investigated as a suicide.

The news about the 45-year-old reporter’s sudden death left his colleagues and fans devastated.

“Our deepest sympathy is shared with Christopher’s loving family and close friends,” his co-workers at ABC 33/40 wrote in a statement. “We have lost a revered colleague whose indelible imprint will serve forever as a hallmark of decency, honesty, and journalist integrity. We can only hope to carry on his legacy. May his memory be for blessing.”

Christopher is survived by his wife, Laura, and three sons.

Before joining ABC 33/40, Christopher worked as a news anchor at KNXV-TV, the ABC-affiliated station licensed to Phoenix, Ariz., and as a reporter at E. W. Scripps Company, a daily news company headquartered in Cincinnati, Ohio, as per LinkedIn. According to the eulogy published by ABC 33/40, Christopher also worked as a reporter at ABC 33/40 in the late 1990s and early 2000s.

“Chris was a tremendous leader in our newsroom. He worked with our reporting staff on a daily basis, but also worked behind the scenes with the I-Team and with news managers on coverage of major events,” his colleagues at ABC 33/40 wrote. “You were very likely to get an email from him with a story idea in the middle of the night. He was passionate about journalism and showed it each and every day as he pushed himself and his colleagues to be the best.”