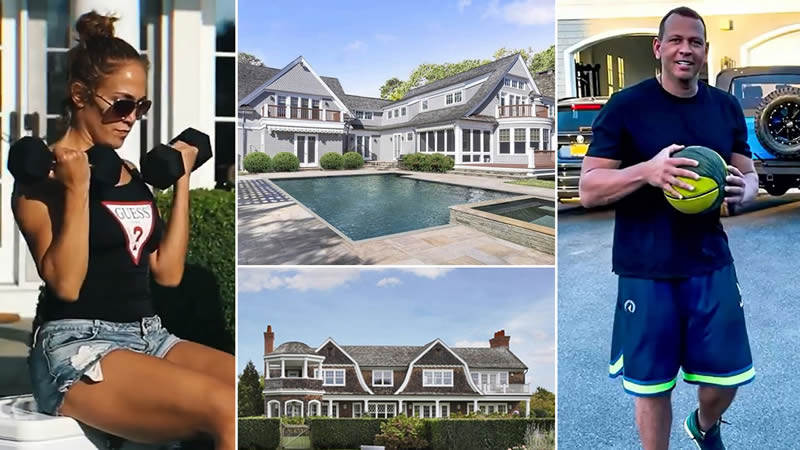 Now, this could definitely get awkward.. Right when we thought that Alex Rodriguez was done with all of the games, he’s now decided to rent a Hamptons beach house in a very interesting location…right next to his ex-fiancée Jennifer Lopez’s own Hamptons home.

Can he just let her live her life peacefully away from his existence? After a very public breakup centering around his alleged cheating scandal, we thought he would do his best to stay out of headlines with Lopez, but it seems like he’s doing the total opposite.

If new man Ben Affleck ever takes a trip to Lopez’s beach house, we can only imagine just how awkward it will be if he runs into A. Rod.

Rodriguez’s rental is quite a nice-looking place. According to Page Six, it’s a $5 million home situated in Bridgehampton, just one mile from Lopez’s $10 million spot in Water Mill, where the couple spent time together last summer (so it’s not like he can claim he wasn’t aware of it).

We just can’t seem to figure out the motivation behind picking a spot that close to Lopez, outside of trying to get her attention. The Hamptons may not be huge, but they’re big enough to easily pick a town far enough away from Lopez to probably not run into her. Being that close basically guarantees he’ll see her at some point…so is that why he chose the location?

To give Rodriguez the benefit of the doubt here, there’s a (small) chance that Lopez was actually involved in planning this, perhaps so their kids could spend some time together this summer as they did last year.

We certainly hope he didn’t just move in without giving her a heads-up, but hey, Lopez may already be house-hunting in Los Angeles anyway. This may just make her move go a little quicker.