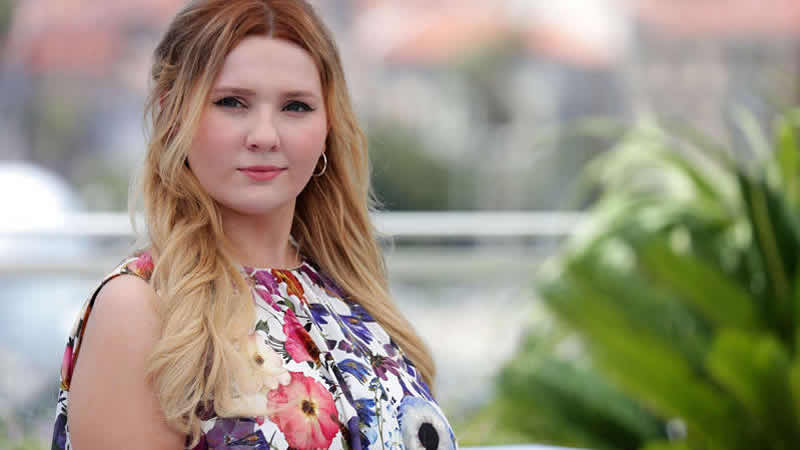 Abigail Breslin is only 25 years old, but she’s a seasoned Hollywood veteran.

In other words, she doesn’t fangirl over just anybody.

“At the premiere of Stillwater in New York, I had to introduce my brother to Matt Damon, who is in the film,” Breslin explained on The Tonight Show Starring Jimmy Fallon on Monday (Aug. 9). “He’s awesome. He’s great.

He’s amazing, for sure, but I’ve worked with him, so, like, you know, it’s chill. And I was just watching him talk to my brother and saw out of the corner of my eye Ross Geller—David Schwimmer.”

“I’m like, ‘Matt, move!'” she continued. “I literally, like, shoved him full-force out of the way, leaped over a couch—not my finest moment—ran over to him, and I was like, ‘Pivot!'”

Schwimmer, obviously, starred as Ross throughout Friends’ iconic 10-season run from 1994 to 2004, and during the 1999 episode “The One with the Cop,” he is hilariously trying and failing to get his couch up the apartment stairwell with Rachel (Jennifer Aniston) and Chandler (Matthew Perry):

“I cried a little bit,” Breslin added. “I got to selfie with him. I wanted to, but then I realized that my phone was dead. For some reason, I don’t know why I never charge my phone. For moments like this.” (She was ultimately able to take a blurry selfie with Schwimmer using her friend’s phone.)

Breslin also shared that her boyfriend of four-plus years wasn’t aware of her successful acting career until they watched Little Miss Sunshine, in which Breslin starred and subsequently earned an Oscar nomination (best supporting actress) at just 10 years old.

But he had never seen Little Miss Sunshine, and I was like, ‘This is the prime of my career, so we should watch it.’ We saw it, and I just kind of was like, ‘I did not understand any of the jokes back when I was a child, so it went right over my head.’ And then I watched it like, ‘Oh…I get it now.'”

In Stillwater, in theaters as of July 30, Breslin plays Allison—the estranged daughter of Oklahoman oil-rig roughneck Bill (Damon) currently jailed in France for a murder she swears she didn’t commit.

The Tom McCarthy crime thriller officially premiered at the Cannes Film Festival in early July and received a standing ovation.

Read the original article on msn.

How to Cope with Receding Hairline Issue?