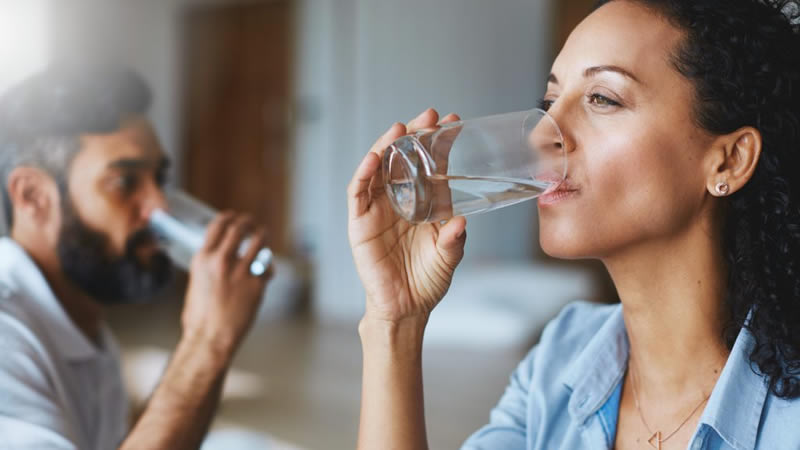 If you’re struggling to come up with the answers, then a glass of water could be the best solution. Drinking water can sharpen your mind, research shows. The effect is particularly marked if a person is thirsty. The University of East London researchers believe that once thirst is relieved, the brain is left to focus on the task in hand.

They carried out an experiment on 34 men and women who completed a number of mental tests twice – once after a breakfast of just a cereal bar and again after a cereal bar washed down with a bottle of water. None had eaten or drunk anything overnight and all were asked how thirsty they were at the start of the experiment.

Those who said they weren’t thirsty were equally quick at the test of reaction time with or without the water. But those who were thirsty sped up after having a drink, making them up to 14 per cent quicker than before, the journal Frontiers in Human Neuroscience reports. The researchers think the water helped by freeing up the parts of the brain that were busy ‘telling’ the body it was thirsty.

They said: ‘These results are consistent with water consumption freeing up attentional resources that were otherwise occupied with processing the sensations of thirst.’ Researcher Caroline Edmonds said: ‘It is not going to hurt you to have a drink of water when you are working hard.’ She pointed out that tea and coffee will also help hydrate you. Dr Edmonds has previously shown that children who have a drink of water ahead of sitting tests fare up to a third better.

But water doesn’t always work wonders. In Dr Edmonds’ latest study, the volunteers did worse at a particularly complex mental manipulation after drinking it. The reasons for this were unclear. Separate research has found that failing to drink enough water can make your grey matter shrink, making it harder to think. British researchers scanned the brains of teenagers after an hour and a half of cycling.

Some exercised in three layers of sweat-inducing clothing – including a bin liner worn next to the skin, a hooded chemical warfare suit and a track suit. Others were much more lightly clad in shorts and T-shirts. Those who were wrapped up lost around 2lb in sweat – and their brain tissue had shrunk away from their skulls.

Just 90 minutes of steady sweating can shrink the brain as much as a year of ageing. But after a glass of water or two the brain quickly returns to normal.

7 Ways to Fall Asleep Easier As a Teen