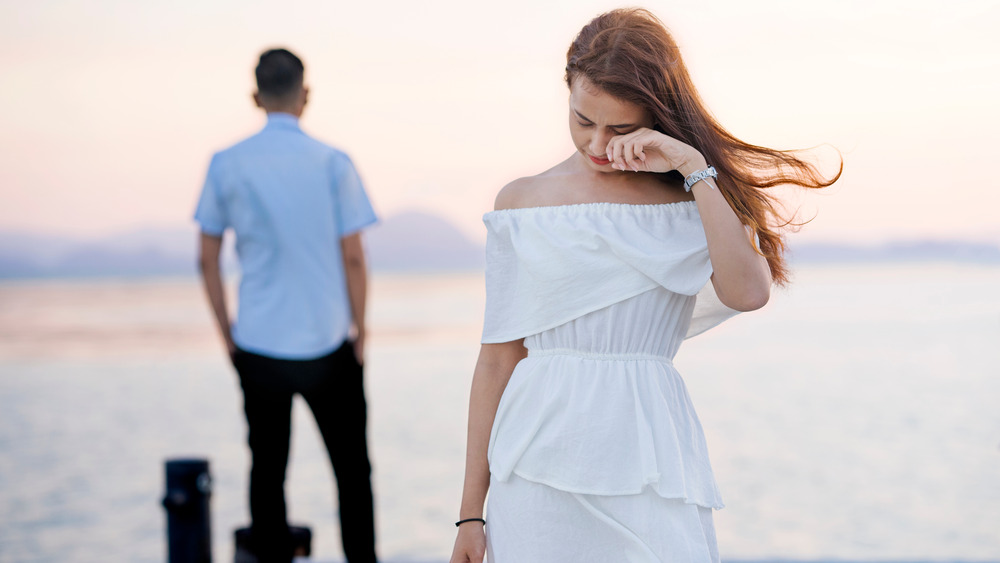 While the traditional wedding vows do say “for richer, for poorer,” according to psychologist and relationship coach Dr. Wyatt Fisher, it’s actually pretty common for couples to break up because one partner is dissatisfied with the other’s finances.

If it’s a matter of one partner (be they male or female) having dollar signs rather than stars (or little heart emojis) in their eyes, well, the dump-ee should count themselves lucky that they’re rid of someone who was never going to care for them the way they deserve. Nobody should be “loved” for their wallet alone.

Fisher points out, though, that there are certain circumstances where financial concerns can be a legit red flag in a relationship. As he explains it, “People looking for long-term relationships often desire financial stability in their partner because it represents maturity, ambition, and responsibility.”

If a partner is broke all the time due to their own fault rather than some type of unavoidable circumstances such as ill health or industry-wide layoffs, in that case their lack of funds may, Fisher says, indicate “deeper issues, such as immaturity, impulsivity, [or] substance addiction.”

The first thing you need to do, if you’re the one who’s been left due to lack of funds, is assess the situation. If you’re chronically ill and your medical bills are bankrupting you, your partner is obviously no saint to be leaving you in your time of need.

Then again, you can’t expect much support if you lean on a weak reed. If, on the other hand, your pockets are empty because you keep messing up when it comes to how you earn, spend, and save (or don’t save) your money, then Fisher says you should “view [the break-up] as a wake up call.”

The way Fisher puts it, “Being broke is not attractive,” at least not to the kind of person you were dating. You could always try to find a Florence Nightingale/White Knight type, but it would be better to focus on what’s blocking you from financial success.

Try to identify any self-sabotaging behaviors that may be what Fisher calls “the root causes” of your predicament, whether they be a propensity for gambling, champagne tastes on a beer budget, or a determination to pursue a career in artisanal marshmallow-making during an economic downturn.

Should you choose to take steps to resolve these issues, Fisher says “financial stability will eventually become a byproduct.” Fabulous wealth, perhaps not, but if you’re able to find as much stability as the economy permits, this’ll make things easier on your next partner.