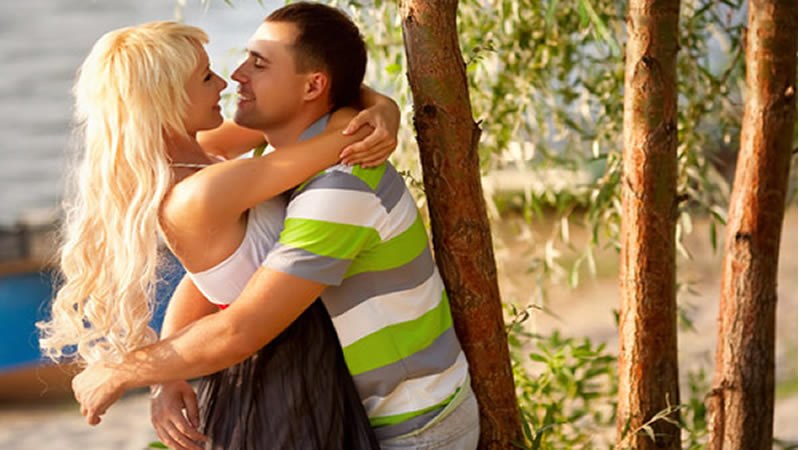 Sometimes, breakups happen over very small issues. And it may happen that post-breakup, both, the girl and the boy start feeling the longing for each other and want to get back, but don’t know how to. Follow these tips to send signals to your boyfriend that you miss him and want him back in your life.

Get your appearance right and striking once again. You have been in the blues for enough time and now you need to get back on track. When you go out in the evening, dress up as smartly as you used to when you were dating. Make heads turn and let the word pass on to your erstwhile boyfriend that you’re still a hot property.

Don’t over text or call him

You may be desperate to get back with your boyfriend, but don’t express it; otherwise, you will end up persisting and he will keep resisting. Test the waters and see how inclined he is to get back with you and only then make your next move so that you don’t end up looking like a fool. The more you spurn him, the more he will be curious to know what you are up to.

Even if you’ve had a breakup, make sure you don’t get into a nervous breakdown mode. Focus your energies on something positive, like learning a new language, picking up a new instrument, or a sport. This will keep a smile on your face and give solace to your heart. It will also give you a good break from all the emotional turmoil, and keep you fresh – maybe something that your boyfriend actually wanted out of you!

Talk it out and apologize

Be noncommittal for a while

If you do feel like seeing him, ask him out for an evening, without carrying the baggage of your relationship – may be an evening of squash or badminton, a quick bite at a fast-food joint, or just a walk on the beach. Let him know that you can have fun (and not necessarily cry) when you meet him post-breakup. This will also remind him of the fun times you both had together and may get him romantically inclined again.

Who said it is only the guys who should send flowers to the girls? Surprise him by reversing the trend. Give him a hint that you still want to see him and are interested in getting back to him. Wait and watch for his reaction. Sometimes, guys respond to such sweet nothings in a better way than what you would expect them to.

Don’t be seen partying after a breakup

Some people have the tendency of retaliating after a breakup by excessive socializing and partying. If you are seen by your boyfriend at a party with strange people over an array of drinks, immediately after the breakup, your chances of getting back with him are out of the window. Be a little low key and don’t show your anger on him by over socializing.

In addition to socializing too much, the other way girls react after losing their boyfriend, is by suddenly feeling insecure and looking for love elsewhere. Don’t start hitting on his friends as soon as you’re ‘done’ with him. Instead, try speaking to his best friend about the problems between the two of you. Tell him to help you get back together with him. Your boyfriend may also appreciate this gesture when he comes to know about the efforts you made.

However ruffled you may be emotional, don’t let it come out on the surface and display your weakness in front of him each time. If you keep on talking about your grief like a worrywart to all your friends all the time, then the word will definitely spread and if it reaches your boyfriend, he will be turned off. Be dignified and don’t give out details to friends. Details are often twisted by other people. Your boyfriend will appreciate your silence and will start trusting you again.

Tactful behavior will help you in making your boyfriend interested in you, once again. Sometimes, the fights and problems are not as huge as they seem to be and they just need some distance and time to get sorted out. Playing cool and shredding off your ego is the key.

4 Signs Your Boyfriend’s Friend Is In Love With You