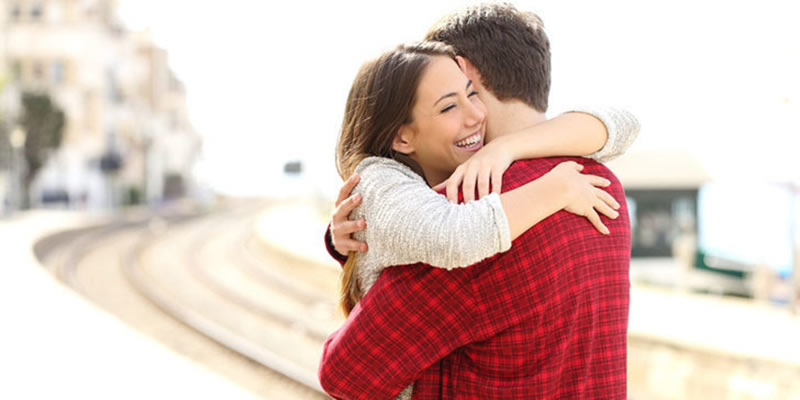 What if your last relationship was like Allie and Noah from The Notebook? A year would go by without you hearing from him, but miraculously you would realize that you simply hadn’t received his 365 snapchats because of your shitty service, and you could be together once more! Perhaps your love life could be like Cinderella…After meeting a guy who was definitely “the one,” and him never calling you, you’ll realize that he lost your number and has been searching the whole town for you from the g-string you left at his house!

Unfortunately, life isn’t a romantic comedy, and love is certainly not as simple as it was in the times of The Notebook or Cinderella. If you don’t hear from a guy, it’s because he doesn’t want to talk to you. If he says it’s over, he means that it’s over. But…what if he doesn’t? It’s so easy to be optimistic about our failed relationships. Maybe you and your ex had a horrific break-up…but maybe in five years you’ll run into each other and fall madly in love again, right? Maybe your ex-boo cheated on you, but maybe in a few weeks he’ll realize that he made a huge mistake and will throw rocks at your window every night until you forgive him, right?

As much as you may want it to, that shit doesn’t happen in real life, at least not in your life. And the more you hold on to that last strand of hope, the more you’re going to hurt yourself in the end. Instead of desperately hanging on to that last glimmer of faith at the end of your wits, let it fucking go. Boys are twisted souls, and there are certain things they do to keep you hanging on that you absolutely need to let go of.

He Still Drunk Texts You

If you’ve gotten really drunk, I’m sure you’ve done something that you never ever wanted to do. I’m not talking about the time you bitch-slapped your arch enemy, I’m talking about the time you hooked up with that kid in your Accounting class who resembles Donald Trump. Whoever said that “drunk actions are sober thoughts” was clearly not drinking as much as I do, because I’ve done some shit when I’m drunk that I would never, ever think to do soberly. Your ex drunk texting/calling/snapchatting you does  not mean that he still cares about you and eventually wants to get back together. It means that he’s drunk and/or possibly horny. For all you know, he was so drunk he meant to call somebody else, or he was so drunk that he forgot he broke up with you. Best case scenario, he texted you out of habit, not out of love.

He Still Tries To Hook Up With You

So he dumped you, but he still asks for blowjobs from time to time. In what way, shape, or form is that romantic? Hooking up with your ex doesn’t mean you’re going to keep him wanting you, it means you’ve literally lost all sense of pride. He’s only going to keep you around until he finds someone “better,” and he’s never going to treat you like his girlfriend again. Instead of thinking that he is so attracted to you that he can’t let you go, realize that guys will stick their dicks in anything semi-attractive, and you’re just being used.

He’s Not Talking Shit About You

There are two types of exes. One type makes angry Facebook statuses, talks shit about their ex openly, and erases all Instagram photos of the two of them. The other type of ex goes on with his life and is the “bigger person” about things. Honestly, the first type of ex is actually more likely to still care than the second one is. The opposite of love isn’t hate, it’s indifference. Just because your ex isn’t bad-mouthing you, doesn’t mean he still wants to be with you. You may have heard that he’s been really nice about the whole break-up, telling his friends that “she’s still a great person, it just didn’t work out.” Could that mean that he’s considering taking you back? No, it just means that he’s a nice guy, which is probably why you dated him in the first place. He’s mature enough to realize that just because you’re not his girlfriend anymore doesn’t mean he has to hate you, but it doesn’t mean he still loves you either.

His Friends Still Talk To You

Although you and your man broke up weeks ago, his roommate and best friend still hit you up. Could they possibly be setting up a secret reunion between you and your ex? Could they be checking up on you per your exes request? No and no. Boys do not have these “secret messenger” tendencies that girls do. Boys do have penises though, and all of your ex’s friends probably want to stick theirs into you now that you’re back on the market. Boys don’t follow the rules of Mean Girls that state “ex-boyfriends are just off limits to friends, that’s just, like, the rules of feminism.” Boys don’t give a fuck. Unless you’re immature enough to consider hooking up with your ex’s friend as revenge, stop responding to his texts.