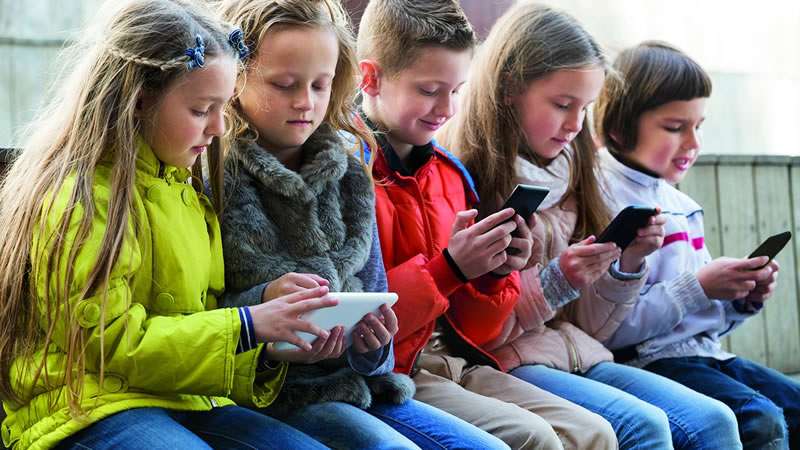 Remember your children’s eyes? You know, those precious little things that used to stare up at you with curiosity and adoration before you caved and bought everyone cell phones and now they’re glued to Snapchat at all times? Here, six easy ways to get your kids off their phones and back into the habit of family conversation.

If kids are allowed to juice up in their bedrooms, they will definitely, definitely be on the Internet until the wee hours of the morning. Make everyone (yourself included) plug in in a neutral spot (say, the kitchen) before heading upstairs for the evening.

Turn Off the Wi-Fi After Dark

Or just turn off your modem after a certain hour every night. Yes, it may affect your ability to steam Westworld, but haven’t you been meaning to read more books anyway?

Make Your Kids Pay Their Own Overage Bills

Limit your data plan to whatever you think is reasonable and make your children foot the bill if they go over their allotted usage. Nothing motivates like money, right?

Car rides can be some of the best times to chat with your kids about their lives. (OMG, Mr. Gaston did not make everyone retake the chem test!) Make a rule that nobody is allowed to whip out their phone in the car, or if your clan needs extra motivation, give them an analog task like fielding directions or manning the radio.

We spoke to one mom who, when she catches her 14-year-old texting at the dinner table, will demand a dramatic reading of the exchange. Nine times out of ten, it’s the most boring conversation ever, but it’s still a motivator.

Gwyneth Paltrow: ‘I Changed My Life When My Dad Died’

Tips to Help your Child Succeed in School