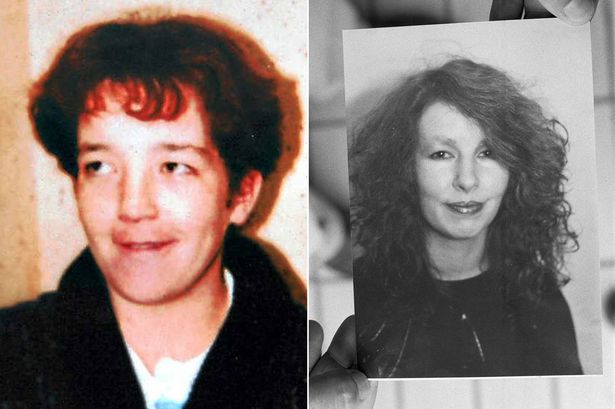 A young mum claimed she knew the killer of a friend who had been strangled – before she was murdered in the same way, a source has said.

The close friends had both been touting for business when they were last seen alive and police are investigating the possibility that Janine knew her killer.

A source said: “Janine told me that she knew who killed Gail and then she was murdered. I suppose we will never know now.”

The source said Janine did not name the suspect or give any further details.

Police are “open-minded” about the possibility they were murdered by the same man but the cases are not being formally linked “at this time”.

She had been battered around the head and strangled.

A witness had reported seeing a brown skip-style lorry there at 8.30am.

She was last seen the previous night working in Wolverhampton and detectives suspected she had been killed by a client.

Police will today issue an appeal for information about her killer on the 30th anniversary of her death.

Detective Inspector Lee Holehouse, of West Mercia Police’s Major Investigation Unit, said: “Despite a continuous and full investigation and several arrests, nobody has been charged with her murder and I desperately want to change that.”

He dumped his victims’ bodies in rural locations and took their clothing as trophies.

Gail, a mum of two, was found in bushes in Wolverhampton in September 1990, having been beaten and strangled. She was last seen getting into a lorry.

At the time of both murders Halliwell worked as a dumper truck driver.

How to Get the Perfect Red Lip

Urgent appeal for missing mum, 20, and her two daughters who were last seen two days ago