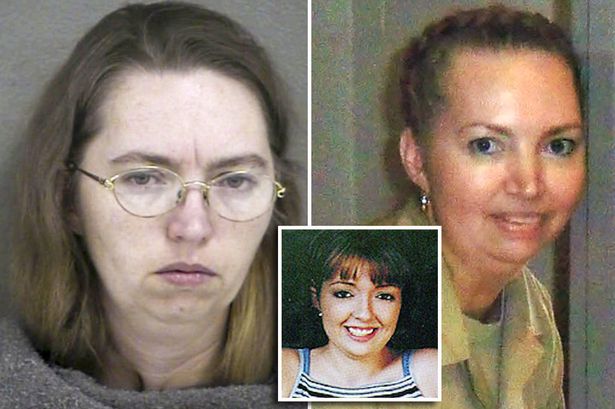 The so-called “womb raider” killer will make history as the first woman executed on death row in nearly 70 years.

Lisa Montgomery, 52, who murdered a pregnant woman before cutting her unborn baby out of her womb and kidnapping her, will be put to death on Tuesday.

She received the death sentence for killing 23-year-old Bobbie Jo Stinnett in Missouri, US in December 2004.

Montgomery, the only woman on federal death row, will be the first woman executed since 1953.

She is due to receive a lethal injection at Terre Haute prison in Indiana – the only federal jail with an active death chamber.

Her execution could be one of the last, as President elect Joe Biden has denounced the death penalty publicly.

But it is not known whether he will halt federal executions when he takes office later this month.

Montgomery strangled her victim – who was eight months pregnant – with a piece of rope before retrieving the unborn baby girl with a kitchen knife.

Prosecutors said she kidnapped the baby and tried to pass her off as her own.

She had met the victim online, and drove 175 miles from her home in Kansas to Skidmore to carry out the twisted plot.

Lawyers for Montgomery – who is locked up at the all-female Federal Medical Center Carswell in Fort Worth, Texas – and campaigners want her sentence commuted to a life sentence instead.

They argue she is a mentally ill victim of abuse who deserves mercy, the BBC reported.

But residents in Skidmore, Missouri say she was a calculating killer.

Meagan Morrow, a friend of the victim from school, told the broadcaster: “Bobbie deserves to be here today. Bobbie’s family deserves her.

“And Lisa deserves to pay.”

Earlier this month, the US Court of Appeals ruled she can finally be executed.

The court concluded a previous judge was wrong to vacate her execution date.

Montgomery’s older half-sister Diane Mattingly, who was put into foster care aged eight, has called for her not to be executed.

She said Montgomery was abused by her mum Judy Shaughnessy and her boyfriends.