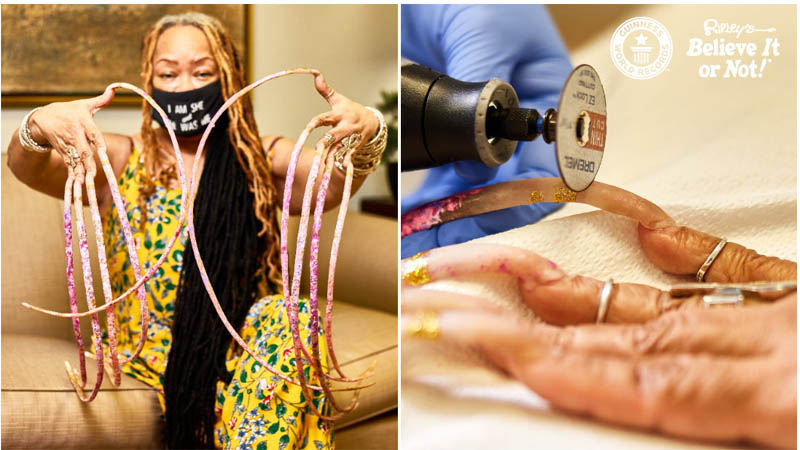 Guinness World Records title holder Ayanna Williams (USA) has officially parted with her grand manicure after cutting her nails this past weekend.

Famously known as the woman with the world’s longest fingernails says she will “still be the queen” despite losing her long claws. Williams has been growing her nails since the last 30 years and they stopped her from doing everyday things like washing and even changing bed sheets.

Dr. Allison Readinger of Trinity Vista Dermatology in Forth Worth, Texas (USA), used an electric rotary tool to cut the record holder’s lengthy nails after measuring them a final time.

“I’ve been growing my nails for a few decades now. I’m so, so ready for a new life. I know I’m going to miss them, but it’s just about that time – it’s time for them to go,” she was quoted by Guinness World Records.

“With or without my nails, I will still be the queen. My nails don’t make me, I make my nails,” she added.

Quoting the Guinness World Records, “As it turns out, Houston-local Ayanna broke her own record for the longest fingernails on a pair of hands (female) with a new length of 733.55 cm (24 ft 0.7 in), since letting them grow from their initial confirmation in 2017. “

This Bombshell About Tiger Woods’ Accident That Just Got Out