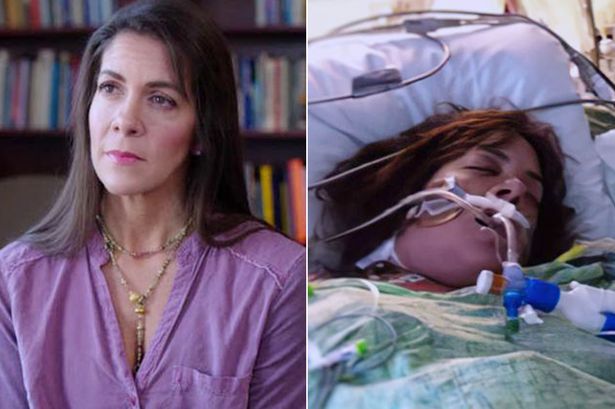 A woman has described the terrifying moment she “saw her body from above” after she flatlined for 37 seconds while giving birth.

Stephanie Arnold, from Chicago, US, said she had premonitions that she would die in childbirth when she was 20 weeks into her second pregnancy in 2013.

She recounts in the Netflix documentary ‘Surviving Death’, how she and her husband Jonathan learnt while she was pregnant that she had a condition called placenta previa, which can cause haemorrhaging, reports the Daily Star.

She said: “It was so difficult trying to communicate about feelings and this foreboding when I didn’t have something tangible to show.

“I told Jonathan ‘I do not know what to tell you, other than the fact that I’ve got this intense feeling around this that something bad is about to happen’.

“I mean if you saw me in Starbucks and you said, ‘Oh, how’s the pregnancy going?’ I would literally say, ‘I’m going to die.’”

After giving birth to her son Jacob her heart stopped beating and she was legally dead for 37 seconds.

Reliving the moment, she said: “They wheel me into the room that’s going to give life to Jacob and take mine.

“They put a curtain right in front of my face and prepare me for a C-section.

“Everything came into a 3D movie and I could actually see outside of my body.

“My point of view was above my body and next to my body, and I could see everything that was going on in the operating room.”

Inexplicably, she could describe the situation in the room around her lifeless body.

“I see the anaesthesiologist by my feet,” she added. “I see which nurse jumped on my chest to give me CPR.”

“In this other dimension, spatial relations break. There is no ceiling, there are no walls.

“Everything is just moving around in so many different directions.”

She could also see her daughter on the other side of the hospital with her grandmother.

She continued: “And then, I see spirits everywhere – my grandmother, who had passed when I was 10 years old. My mother’s brother also appeared.

She felt a “pulling in the stomach” before she jolted back into her body.

Her near death experience left her in a medically induced coma for six days, after suffering kidney failure.

Stephanie says she had to learn to walk and talk again, and that the incident has left a gaping hole in her life.