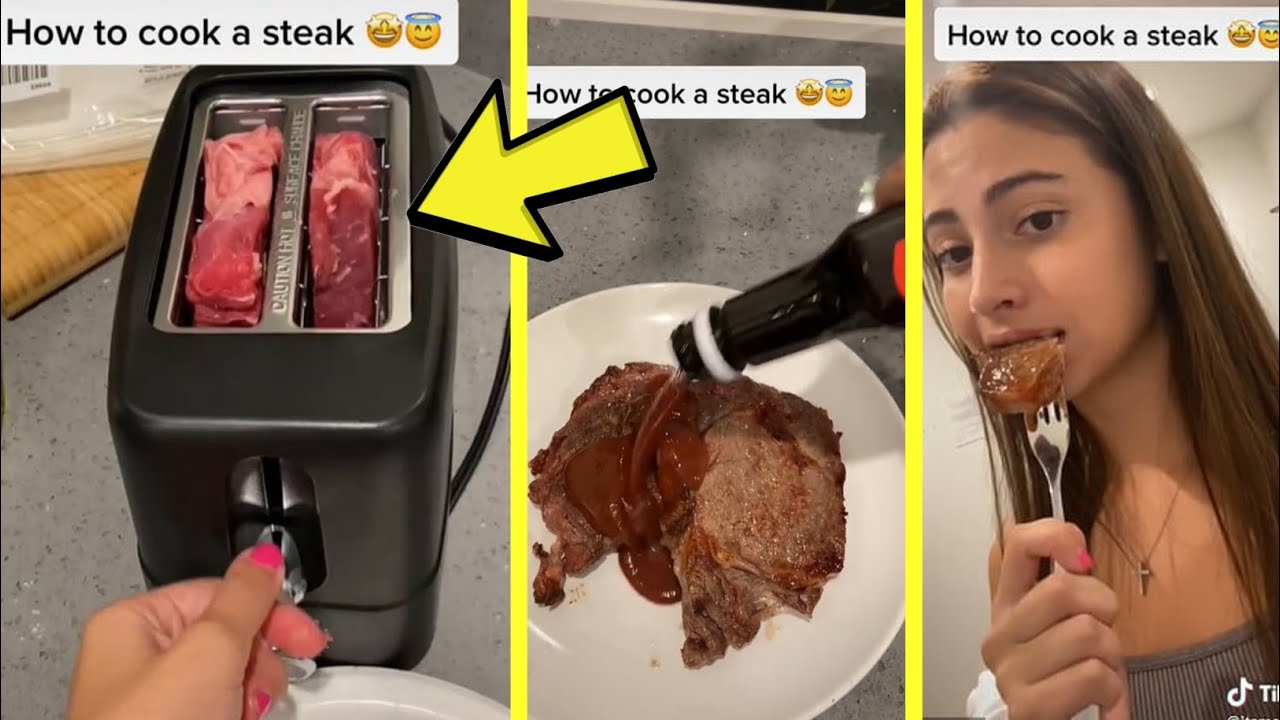 If you’re a steak connoisseur, it’s likely you’ve honed the perfect method to cook the meat exactly to your choosing through years of experience.

Everyone’s technique differs slightly but one woman’s video has gone viral after viewers appeared to be in agreement that her very ‘unique’ kitchen hack should never be repeated – with some even labelling it a crime.

TikTok user Itsmeju1iette uploaded a video which bravely claims to show ‘how to cook a steak’ as she prepares the dish for her boyfriend.

It’s racked up 1.6 million views, leaving people horrified as she begins by placing two hefty cuts of steak into the toaster and popping them down to ‘cook’.

She waits until they are browned on the outside before removing them, dousing the meat in sauce and tucking in.

We would like to point out that dripping grease and fat in a toaster is a dangerous combination, so please do not try this yourself at home.

The video has been met with rage and it’s not the first time her alternative cooking methods have left viewers baffled, having previously cooked a burger on an iron, hot dogs in a tumble dryer, and spaghetti and meatballs in a coffee maker.

Many people tagged Gordon Ramsay on the post hoping the celebrity chef would set her straight on how to cook steak, as one person commented: “I’m pretty sure that is a war crime.”

A second wrote: “I can still hear it mooing.”

A third said: “Don’t toast it you DONUT”, and another added: “That’s just not right. On so many levels.”

But one argued back: “I mean it worked, what can you say lmao.”

And another replied: “I ain’t even gonna lie that looks fire.”

If Your Face Mask Has One of These, Stop Using It Immediately