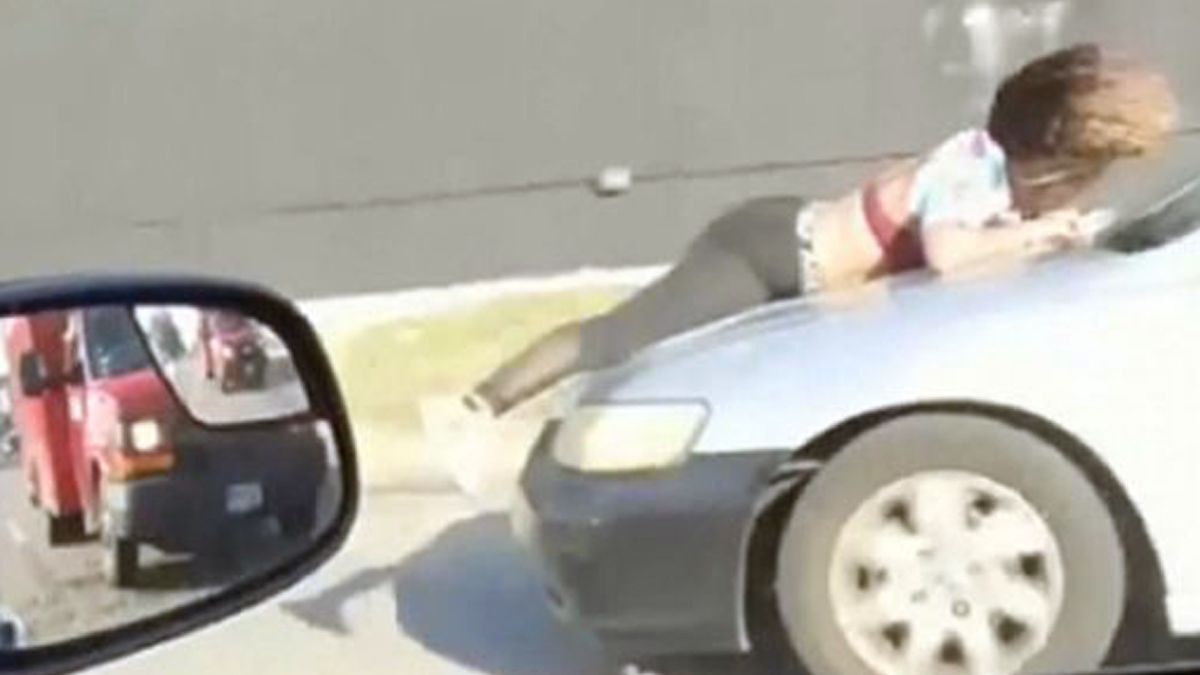 A pet shop worker who tried to prevent the theft of a $10,000 (£7,500) pedigree puppy ended up “hanging on for dear life” on the bonnet of the villains’ speeding car.

The Bully is a comparatively new dog breed, bred for its sweet nature, and the puppies command quite high prices.

The unnamed couple were discussing a finance agreement when Alize was briefly distracted. While her attention was elsewhere the the couple grabbed the dog and ran outside, jumping into a car parked outside.

Alize, 21, stepped in front of the vehicle to try to stop the thieves but they drove off – with Alize clinging for dear life onto the bonnet of their car.

She told police that the car was speeding and weaving as it raced through the streets of Houston for around ten minutes. “I could barely hold on,” she said. “I was so scared.”

Alize said she wasn’t thinking about herself: “My mind is focused on her health, I obviously didn’t care about my wellbeing.”

Harris County police records show that a 21-year-old woman was arrested in connection with the Bully Kamp theft on Wednesday January 6.

The woman, identified in local reports as Royshana King, was charged with aggravated robbery with a deadly weapon.

Police are still trying to identify the man involved, according to KPRC.

Alize told reporters that while she didn’t regret trying to prevent the theft, she probably didn’t do the same thing again.