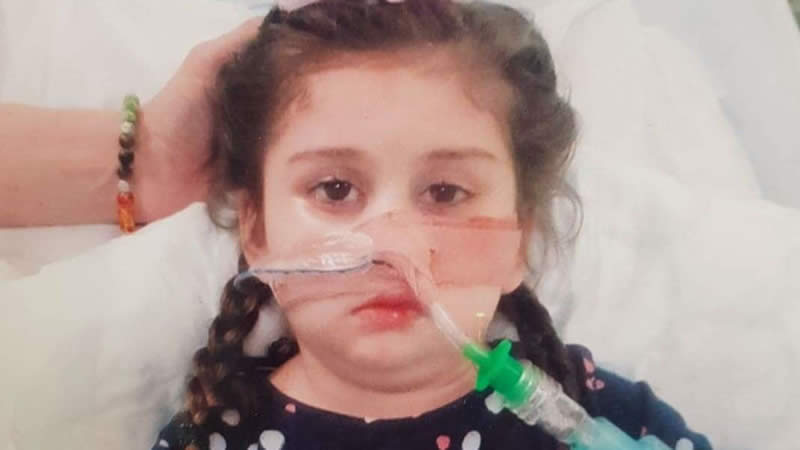 Have you ever seen the doctor who is associated to cure the patient become an enemy? Yes the doctor plea in front of the judge that Pippa Knight five-year-old girl has suffered brain damage and ending treatment, and allowing Pippa to die, would be lawful and in her best interests.

But Pippa’s mum, Paula Parfitt, 41, of Strood, Kent, disagreed. She wants Pippa to be placed on a portable ventilator and allowed home.

The judge heard evidence at a trial in the Family Division of the High Court in London in December.

Lawyers representing Pippa’s mum said she was disappointed with the ruling and wanted to mount an appeal against it at the Court of Appeal.

In his ruling, Mr Justice Poole said the case was “heart-rending”.

He added: “Ms Parfitt has fought as hard for Pippa as any parent could.

”Responsibility for the decisions, in this case, lies with the court, not with her.

“My conclusion is that continued mechanical ventilation is contrary to Pippa’s best interests.”
He added he “cannot give weight to Ms Parfitt’s view that home care would improve Pippa’s condition because it is at odds with the unanimous view of the clinicians and medical experts”.
The court heard Pippa, who was born in April 2015, initially developed normally.

But in December 2016 she became unwell and began to suffer seizures.

Specialists diagnosed a rare condition – acute necrotising encephalopathy.
The judge said she now had no awareness of her environment.

He added: “Therefore, there would be no benefit to her from being in a home bedroom as opposed to a hospital unit.

“Family members may be able to spend more time with her at home in a more peaceful and welcoming environment, but she would not be aware of their visits or of the benefit to others.

“She would not be aware of any of the changes in her environment or in her care regime.”

During the December hearing, Pippa’s mum said: “I just will not give up on her.

“If there is an opportunity for her to go home then it is what God would want.”

But Michael Mylonas QC, representing Guy’s and St Thomas’ NHS Foundation Trust which runs the hospital, said there was no hope the little girl would improve.

He said: “The decision to bring this application is made only after the most anxious consideration and review of all the available evidence.”

Woman with no ‘health problems’ died after getting this COVID vaccine

Coronavirus crisis unlikely to be over by the end of the year, WHO warns