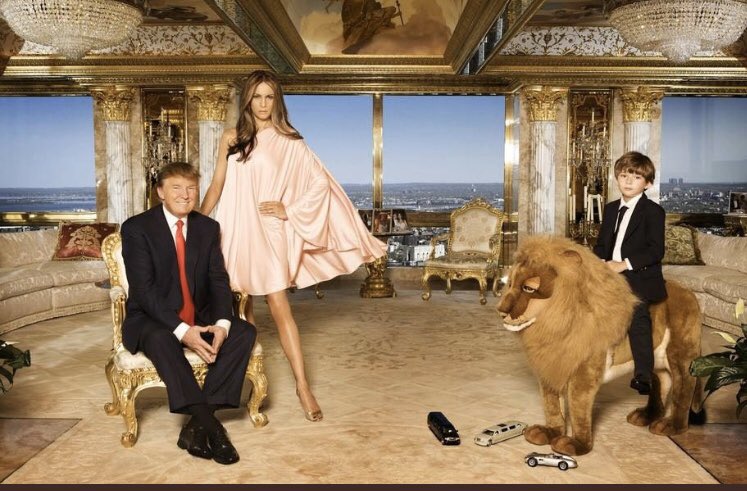 The relationship that Donald Trump “enjoys” with his children is an odd one, at best — and all of them are individually odd in their own unique ways.

He seems as though he can never really decide whether he likes Donald Trump Jr. or not, always leaving his eldest son and namesake on a futile journey for approval from daddy that he’ll never quite obtain. Eric seems to just be daddy’s little grifter pawn, that awkward middle child who’s never paid much attention by pretty much anyone but continues to do his pops’ bidding lest he loses that trust fund or be written out of the will.

Trump seems to just ignore the fact that his youngest daughter Tiffany exists in any way and God knows the dynamic going on between Donald and his princess Ivanka is one that not even the best team of psychoanalysts could begin to crack, or likely even want to.

And then we have Barron Trump.

The youngest of the Trump children — the only one he shares with his third and current wife Melania — has been a tough nut to crack from the get-go.

You don’t see or hear much of anything about Barron, despite Donald’s and his other children’s prominence in the news these days.

We’ve always operated under the assumption that this was so because Melania is staunch about keeping her only child out of the spotlight of her husband’s mess. And that may very well be part of it. But over the years, as we’ve watched first hand the way Trump behaves about his youngest child, it’s led us to wonder if there was some weirdness going on in the relationship between Donald and Barron.

And thanks to this revelation from a former inside source, there may be more truth to the latter than what we realized.

Noel Casler, a former employee on Trump’s reality TV show and an insider to the Trump family as a whole, dropped a tweet talking about the toys that Donald allegedly gifted to Barron when he was a small child as well as the way in which he supposedly encouraged him to play with them. And let me just say, if there’s any truth to this tweet… It explains a whole lot.

Casler’s tweet captioned an old, well-known photo of the Trump family surrounded in gold crap at their home:

Conservatives Have Had Enough of RINO Liz Cheney