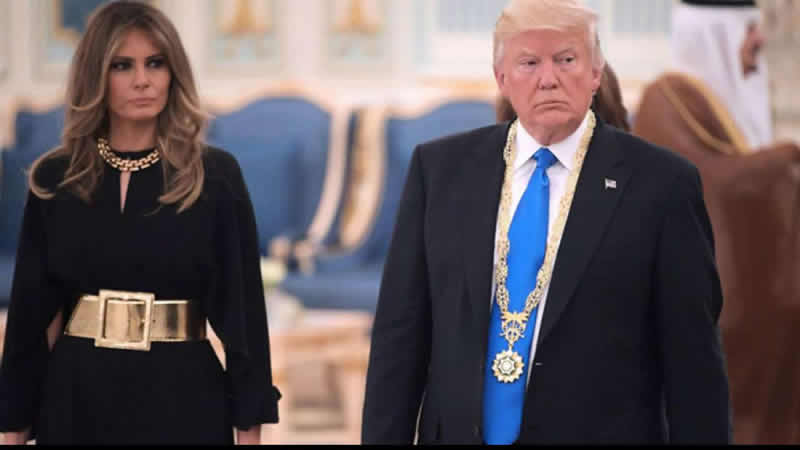 A rare video has surfaced of President Trump, First Lady Melania and their son Barron all together.

The video was captured on Easter weekend and showed a large group of people giving Trump a standing ovation as soon as he entered Mar-a Lago with his family.

I’m sure that same group of people would’ve not even taken a second look if Biden entered the same building.

Take a look at the moment it happened:

The Daily Mail covered the story, see what they had to share:

Donald Trump has been spotted at Mar-a-Lago with wife Melania and son Barron in the family’s first appearance together since he left office.

Video posted to Instagram on Friday shows the Trump family strolling through an outdoor dining area at the club in Palm Beach, Florida, where the former president has made his home after leaving the Oval Office.

‘Mr. President!’ one supporter is heard to shout, as the club members cheer and applaud, some rising to their feet.

The Washington Examiner got the full scoop too:

President Donald Trump, Melania Trump, and their son Barron received a standing ovation when they were spotted in Mar-a-Lago ahead of Easter.

“Mr. President!” one person is heard saying as other members of the Mar-a-Lago club stand up and give a round of applause to the former commander in chief and his family.

The video was posted to Instagram on Friday and is the first time all three family members were spotted together since they lived in the White House.

The standing ovation comes as Trump frequently sends messages from his 45 Office and Save America PAC.

The mainstream media continues to portray Trump as a villain but the actions of the people in this video  show he’s not a villain but rather a true patriot that’s loved by many.