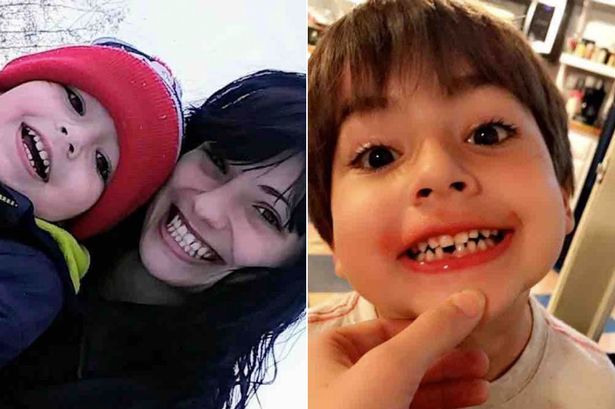 The heartbroken mother of a six-year-old boy mauled to death by an abandoned pit bull said the dog “only took a second” to end her son’s life.

Victoria LaBar told how the abandoned pit bull she had taken in attacked Cameron Hatfield, known to his family as Jayce, just days after she found the animal roaming on her property.

“All it took was a second and he ended my boy’s life,” she wrote. “My other dog and husband even tried to get the dog off my boy. “

Saying that she believe the dog had been dumped by local hunters, she added: “Whoever you are … you dropped your trained-to-kill hunting dog off and thought nothing of the consequences of your actions.”

Hampton County Sheriff’s Office deputies were called to the family’s home on Wednesday, January 20, “regarding a juvenile being attacked by a dog” but the little boy was already dead when they arrived.

On January 15 Jayce’s mum Victoria LaBar had written a Facebook post saying she had found the dog wandering on her land and asked if anyone would be willing to give the “sweet boy” a home.

She added “I really do not want to take this sweetheart to a shelter” and said “He’s great with other dogs, big and small, Children, big and small, and my cat! He’s amazing! Truly wish I could keep him!”

But a few days later, the tearful mum added an update to say that the animal, who she believed had been trained to kill by hunters, had killed her son.

“My six-year old little boy was attacked early this afternoon by the pit bull that I had been trying to find a home for,” she said in an emotional video.

“It had been abandoned on our property.

“I was an advocate for pit bulls and what happened today happened so fast that there was nothing that anyone could do.”

Victoria said the dog had been behaving well with her family and small animals until just before the sudden attack.

Appealing for the family to be left to mourn, she ended her message with the words : “It doesn’t feel real that we will wake up tomorrow and our son won’t be here.”

A GoFundMe page set up for funeral and burial expenses states that Jayce was “highly intelligent, funny, and always full of life.”