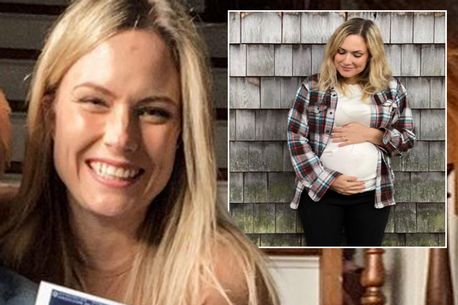 A tragic news has been reported that 36 years old Emily Mitchell mother who was pregnant, carry a baby under her womb. While having a breakfast three days before Christmas, both mother and unborn child passing away at the same time

Poor mother Emily Mitchell, who was called as a Pregnant influence, running her page The Hidden Way on Instagram.

The message continued: “Em made a big impact in so many people’s lives, and this loss is incomprehensible for anyone who knew her. Our friend was a dedicated mom and wife, she had a heart for the Lord, and loved her children so dearly.

“We are confident Em is now in perfect fellowship with God.”

Her husband Joseph create a page for raising GoFundMe page and also shared that doctors are still “working on answers for her family” when it comes to a cause of death, which has not been publicly revealed as yet.

Emily had been sharing updates throughout her pregnancy on The Hidden Way with her 100,000 followers.

She wrote about how excited she was to adding to her brood.

On November 19, Emily posted a photo of herself with husband Joseph as she held up an ultrasound photo.

A week later, Emily shared a photo of her cradling the growing baby bump, while surrounded by fallen leaves as autumn turned to winter.

She wrote: “Thirteen weeks tomorrow — sleeping like a legit fat and furry hibernating bear (read into that what you will lol), sniffing peppermint like it’s my job, craving thanksgiving leftovers, and finding out boy or girl possibly THIS WEEK.

“Should I try those old wives gender tests in stories??? I’m thinking I may need to…⁣”

Just a couple of weeks before her passing, the couple named their unborn baby, with the name Joey being revealed in an obituary to the influencer after her sudden death.

On December 8, Emily revealed that she would be heading for a fifth delivery via cesarean section.

She wrote: “This will be my FIFTH C-Section. However your baby gets here, just know YOUR EXPERIENCE is valid and worthy.

“YOU are no less a mother if you needed emergency medical intervention, had a planned c-section, or an epidural.

“You aren’t a ‘better’ mother if you had a home birth or an unmedicated vaginal birth.

“And if you grew your brood through adoption or surrogacy or family blending?

“Those are YOUR babies and YOU SIT PROUDLY at the table of motherhood.”