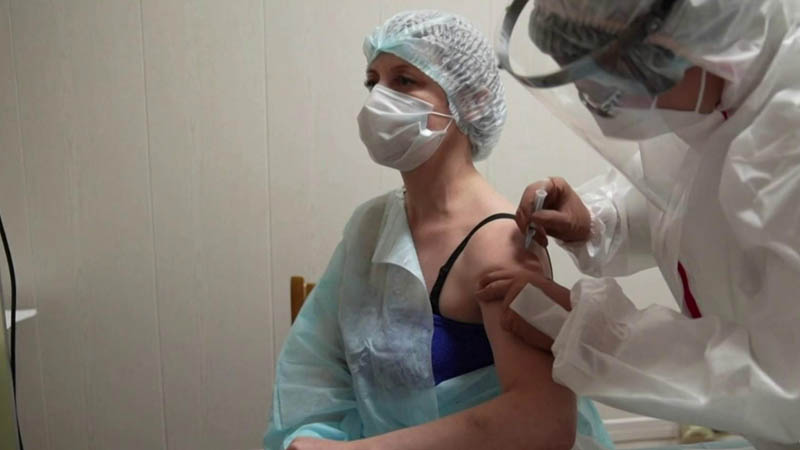 A large percentage of front-line workers in hospitals and nursing homes have refused to take the Covid-19 vaccine, a hurdle for public health officials as the country struggles to roll out inoculations around the country.

About 50 percent of front-line workers in California’s Riverside County have refused to take the vaccine, Riverside Public Health Director Kim Saruwatari told The Los Angeles Times on Thursday. California is currently overwhelmed with cases as hospital staff in Southern California face a shortage of intensive-care units and have created makeshift units.

Vaccine development and distribution has been the target of persistent conspiracy theories and disinformation on social media, although it’s unclear how much impact this anti-vaccination movement has had on overall public trust in the process.

About 2 in 10 Americans are certain they will not change their mind about refusing the vaccine, according to data from the Pew Research Center. And 62 percent said they would be uncomfortable being among the first to receive the vaccine.

Anecdotally, an estimated 60 percent of Ohio nursing home employees have refused the vaccine already, Ohio Gov. Mike DeWine said during a news briefing Wednesday. It’s a stark contrast to the number of nursing home residents who have taken the vaccine when offered, which DeWine guessed to be about 85 percent.

“We’re not going to make them, but we wish we had a higher compliance,” DeWine said. “And our message today is: The train may not be coming back for awhile. We’re going to make it available to everyone eventually, but this is the opportunity for you, and you should really think about getting it.”

Rollout for the vaccine has already been met with several logistical hurdles as only 2.6 million people have been vaccinated as of Wednesday. A review by NBC News of earlier data Tuesday found that at the current rate, it would take almost 10 years to inoculate enough Americans to get the pandemic under control.

It’s unclear how refusal by essential workers, who are prioritized to receive the vaccine in the first phase of administration, could further hamper the distribution efforts.

A survey of 2,053 New York City firefighters found that more than half said they would refuse the Covid-19 vaccine when it became available to them, according to a poll released by the Uniformed Firefighters Association this month.

Some of those firefighters may overlap with those who have already contracted the coronavirus and don’t believe they need to get the inoculation, Andy Ansbro, the union president, said.

“As a union we are encouraging our members to get the vaccine, but we are defending their right to make that choice,” Ansbro said. “I personally feel this vaccine is safe, I’ve done my own research, I will be getting the vaccine and I will be encouraging other members to do so. In the end, it is their own personal choice.”

Ansboro was among the many essential workers who received the vaccine, according to a photo posted by the UFA on Tuesday. The FDNY reported that 1,000 members had been vaccinated by Tuesday.

Intensive care unit nurse Sandra Linsdsay was among the first in the country to receive the vaccine, telling reporters that she felt “relieved” afterward.

“I feel the healing is coming,” Linsdsay said. “I hope this marks the beginning of the end of the very painful time in our history.”

What do the new COVID-19 variants mean?