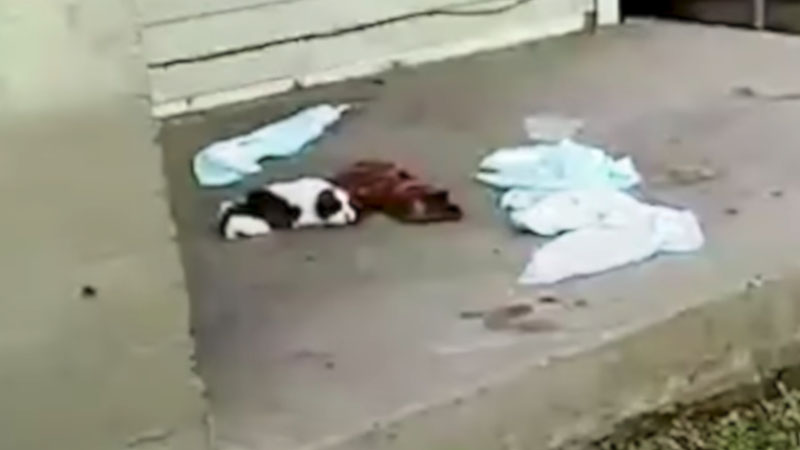 Right there on a random porch, a tiny puppy was seen just lying there with no one around. He wasn’t moving, and it wasn’t until the rescuer got closer that she realized he was injured. It turned out to be an abandoned house, and how the little one ended up here is anyone’s guess.

After making sure there was no mother around, the rescuer picked up the dying pup and got him over to the vet right away. In the car, the puppy let out some little whines that were just heartbreaking. Little Bernard was checked over and had his back wound treated, and then he was off to a foster!

Bernard cried all the way home with his foster mom, Dina. But once he was introduced to a milk bottle, he was more than fine! The dog even liked the pacifier as it served as sort of a safety blanket. And then he took to a giant rainbow teddy bear as his snuggle buddy of choice!

The more his back wound healed, the better he could walk and get around. As he became a doggy teenager, he started acting out a bit. But this was a good thing and something Dina was happy about seeing as he was feeling better and looking more like a normal puppy! Bernard would go on to be adopted by Angelica, and he was renamed Diego. And he still has that rainbow bear today — how adorable!