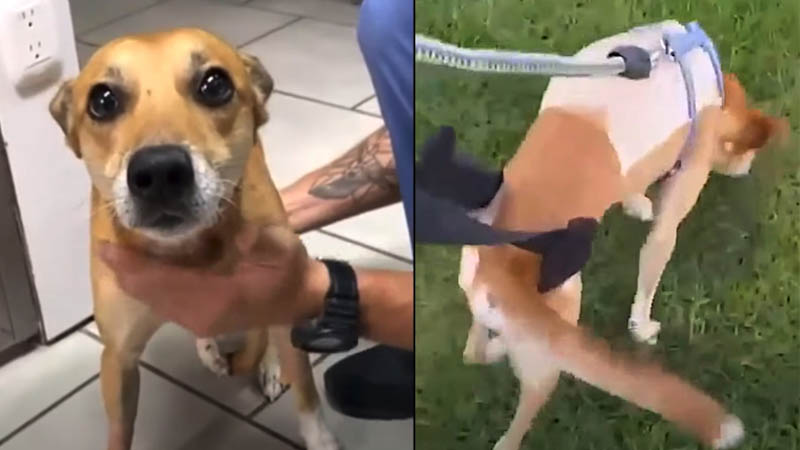 A street dog in Costa Rica was found dragging himself along the road as if he were trying to leave all the pain behind. The poor boy was on death’s doorstep after being hit by a car, and he so desperately needed help. He was trying to fend for himself, but like so many strays in the country, he wouldn’t be able to survive on his own.

But rescuers would show up and get to the dog before it was too late! They got him back to the hospital for X-rays, and those would reveal spinal issues due to the accident and neglect. Surgery would be needed to fix him up, but they didn’t know if he’d walk normally ever again. After the operation, the recovery progress would begin.

Rosco still wouldn’t be able to put pressure on his back legs for several days, but he did get to enjoy the sunshine as he partook in his daily physical therapy. He would get stronger with each passing day, and it wasn’t long before he was taking steps on his own! Rosco still has some work to do, but he’s currently doing so well.

See him today in the video below!

The Queen to mark incredible new milestone this week