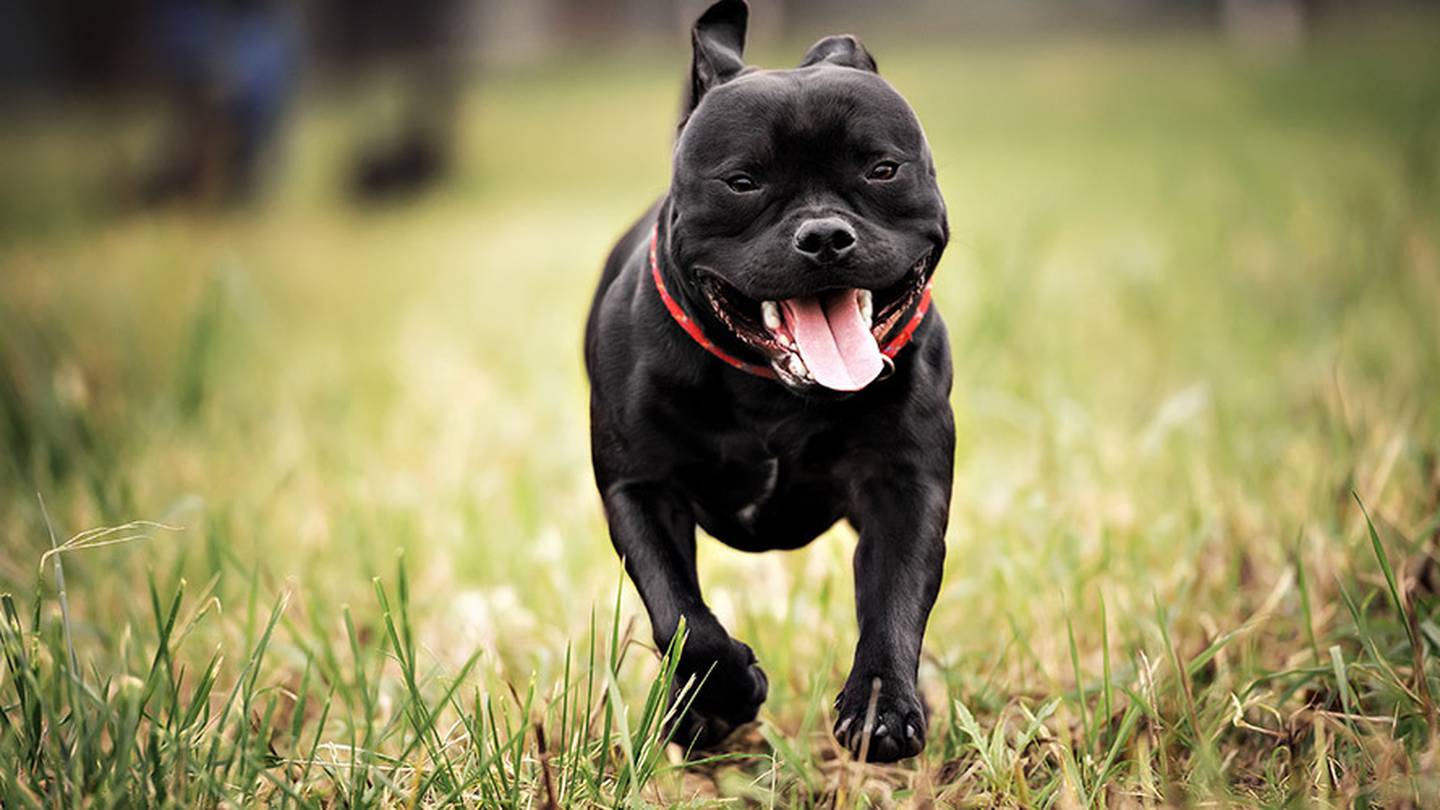 A pet dog has been labelled a hero for saving a woman from her abusive partner after he punched her in the face knocking her teeth out.

The Staffordshire bull terrier was beaten by Liam Gove, from Scotland, before he turned on his partner who he is expecting a baby.

With the woman bleeding from her nose and mouth, the “vicious and unprovoked” attack was suddenly brought to an end after the dog fought back, biting Gove so hard he needed to spend two days in hospital.

Aberdeen Sheriff Court heard Gove flew into rage after drinking with his partner late into the night.

The couple had agreed to go to bed, but Gove was overheard booking a taxi.

Asked where he was going, he then lashed out and attacked the dog before hitting his girlfriend.

“He refused to tell her where he intended to go, which resulted in an argument,” Fiscal deputy Christy Ward told the court.

“The complainer attempted to leave the bathroom which infuriated the accused and he tried to prevent her from doing so by placing his foot against the door, trapping her between the door and the door frame.

“Their dog then came into the bathroom which further infuriated the accused. He tried to get the dog out but it would not go, so he began repeatedly striking the dog on the body causing it to yelp each time.”

After the woman fled to the bedroom, he followed her and punched her twice, leaving her with two dislodged teeth before the dog came rushing to her defence, biting Gove and ending the attack.

Despite the attack, the couple is still together.

They are now seeking to rehome the dog.

Gove pleaded guilty to a domestically aggravated charge of assault to severe injury, and to causing a dog unnecessary suffering by repeatedly striking it on the body.

Sheriff William Summers told Gove: “Your behaviour on March 29 was despicable and this offending is simply deplorable.

“You started by beating a defenceless animal and went on to carry out a vicious and unprovoked attack on your partner.

“It’s quite clear, even at the relatively young age of 24, you have become a serial domestic abuser.

“Given the gravity of this offence, it is difficult to see why a custodial sentence should not be imposed, but there are some mitigating factors.

“Most importantly, and for reasons I can barely fathom, your partner still wants to continue a relationship with you.

“She clearly needs your support.

Gove received two years’ supervision, ordered him to complete the Caledonian programme and gave him 300 hours of unpaid work.

He also banned him from owning or keeping dogs for five years.

Dehydration symptoms you should know