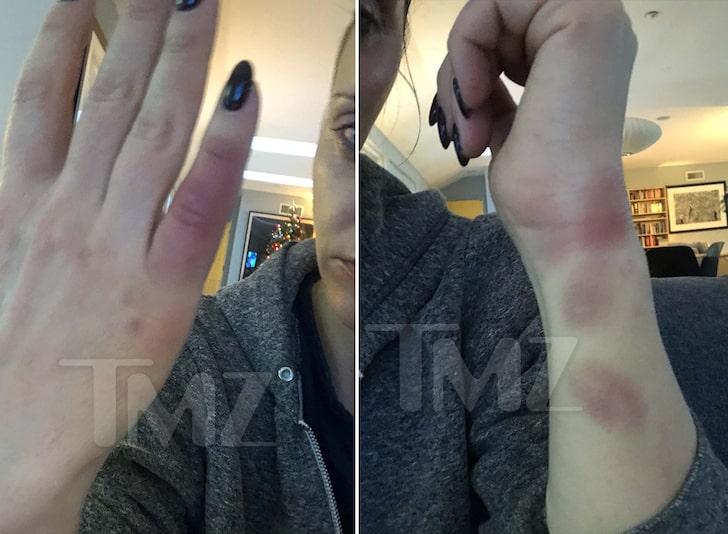 Last July 2020, news broke that “The Smurfs” star filed for divorce from her husband, which would end their seven years of marriage. At the time, USA Today mentioned that the actress cited “irreconcilable differences” as the reason for their split.

Now, the “Casper” star recently filed a restraining order following claims of domestic abuse from the film cinematographer, according to TMZ.

The 40-year-old actress revealed that she suffered maltreatment starting December 2019, and this prompted her to divorce her husband.

Unfortunately, she was caught in the lockdown and “found herself trapped in a house with a violent abuser.”

Based on court filings obtained by the outlet, the mother-of-one shared that she was beaten and has suffered “multiple bruises.”

“Christina claims he beat her, spit at her and made pig noises in her face,” as mentioned by the publication.

In addition, Ricci detailed that she was attacked twice in June, with her husband allegedly chasing her to prevent the actress from calling 911.

In one instant, the “Addams Family” actress shared that she was dragged around the house and was thrown into a pit fire, causing cuts and bruises on her body.

The actress-turned-producer experienced a terrifying ordeal during the second attack.

“She claims he spit on her and threw coffee and a chair at her — all while their 6-year-old son was watching,” per the gossip outlet.

Aside from the abuse, Christina Ricci made a shocking revelation against Heerdegen. Based on the fillings, she expressed her fear that the domestic abuse might turn into a nightmare.

She recalled a car ride in late 2019, claiming that he “said something that made me think that [he] could kill me. He said the only way he could feel sorry for me is if I were dismembered into small pieces.”

The “Sleepy Hollow” star met Heerdegen on the set of the short-lived drama series “Pan Am” in 2011.

At the time, Christina Ricci’s husband was the camera operator.

After two years of dating, the couple tied the knot in October 2013 at New York and welcomed their son, Freddie, a year later.

The former child star spoke about her marriage during her 2017 interview with The Edit.

As obtained by Us Weekly, Christina shared that the “marriage shows you your flaws in how you deal with things and having a child forces you to grow up at the speed of light.”

Moreover, she explained that she’s a “completely different person” now that she is a wife and a mother.