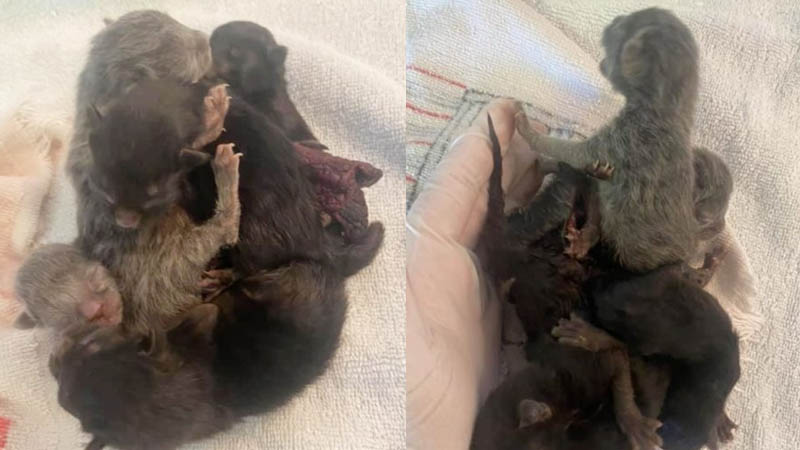 Baby animals, right at the time of their birth, bond up with one another immediately. Little animals are adorable when they are all cuddled together tightly with each other. However, a strange yet cute litter of newborn kittens was seen in Arizona that is closer than anyone could ever imagine.

After a successful attempt of separation, the vet was able to separate their little bodies from one another however, one of the kittens needed to have a leg amputated to save her life. Despite their lifesaving efforts, two of the kittens died at the vet hospital.

“We never expected this to blow up as big as it did and we thank you from the bottom of our hearts! Please send babies and mama many positive thoughts and good vibes,” the rescue shared.