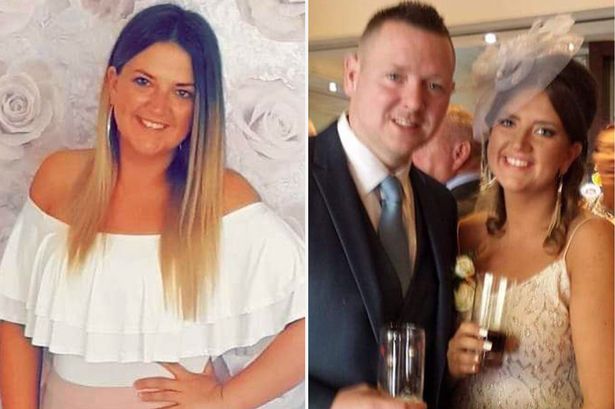 A tragic mum-of-five who was found dead in her bath after a night out “was loved more than she will ever know”.

An inquest heard Claire Louise Bevan, 31, had been suffering from an undiagnosed heart condition when she was discovered by her partner Robert Jones.

Mr Jones told Warrington Coroner’s Court that he noticed their home’s hall floor was flooded and “knew straight away” she had died when he saw her, the Echo reports.

Speaking after the hearing, Claire’s father Mr Bevan paid tribute to his daughter, saying: “She was loved more than she will ever realise, and my greatest regret is you’re not supposed to outlive your children.

“She was loved more than she will ever know.”

The inquest heard care assistant Claire, of Widnes, had gone out to karaoke bars the previous night to Liverpool with her best friend Shaunna-lea Buckley.

The hearing was told the cause of Claire’s death was initially deemed “unascertained” as there were no clear clues as to how she died.

Heath Westerman, assistant coroner for Cheshire, said toxicology tests showed she had consumed a “moderate” amount of alcohol, about double the legal drink-drive limit for comparison, and no illicit substances or medication.

Her GP said she had suffered from depression but was not on medication for it, and had been prescribed painkiller Tramadol for abdominal pain, the hearing was told.

Detective Sergeant Henderson Pierre found no injuries or signs of suspicious circumstances and was informed she had experienced chest pains and had been taking painkillers for a knee complaint, it was heard.

Claire’s father Ian Bevan told the inquest she had divulged to him she had suffered chest pains “from time to time”.

Mr Bevan said: “The only thing I know of is she did from time to time have chest pains, and I would go to see the kids and she’d say ‘I’ve got pains in my chest but they do pass.

“I said ‘have you seen the doctor?’ and she said ‘Dad I will’.” On “a few occasions” she told him she had “awful pains in my chest”.

The coroner accepted that cause of death for the inquest conclusion, recording that Claire Louise Bevan died at home on February 2, 2020.