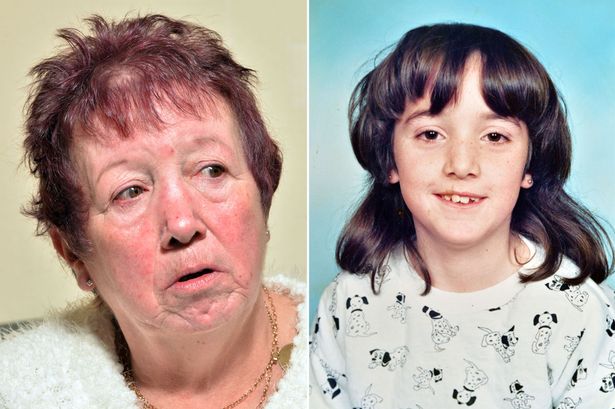 A heart-rending news has been reported in Manchester that a mother who is suffering from Foniasophobia had brutally drowned in a bathtub 24 years ago has died.

Margaret Bates, mother of Kelly-Anne Bates died in hospital just before Christmas at the age of 65.

During the brutal three week, which led up to her murderer and stabbed her in the mouth, face and body. Smith, then 49, was sentenced to life in prison, with a minimum of 25 years behind bars. From then he becomes eligible for parole next year.

Before her death she said: “My checkout desk overlooks the spot where our living room once stood.

“It is a real comfort, to be surrounded by my memories and the familiarity of the past.

“I feel near to Kelly-Anne on my checkout. It’s my safe place.

“I know her spirit is there. I feel like she is home again.”

Margaret had twice battled breast cancer and had radiotherapy treatment earlier this year, which diminished her immune system.

An asthma sufferer, she died in hospital on December 17 due to respiratory failure, her family said.

She leaves behind husband Tommy and their two sons.

Lorry driver Tommy, 71, said: “She didn’t have any immunity with the radiotherapy.

“Anything that was going round, she got.”

He added: “She was always saying ‘I want to get back with Kelly’.”

Tommy said Margaret had not tested positive for Covid-19 and, although she never got over losing Kelly-Anne, the death had not been a factor in her recent ill-health.

Margaret had always been “very popular with the customers” at Tesco, he added.

Amy Fisher wrote: “What can you say about this lady other then she was one of the loveliest ladies I’ve ever met.

“Lovely golden heart, time for anyone… rest in peace with your girl.”

Leighton McMylor said: “She always had a smile for everyone and was so warm and friendly.

“I could always have a nice chat and a laugh with her.”

Margaret and husband Tommy have previously said they thought Kelly-Anne was secretly groomed by Smith for two years before she finally brought him home when she was 16.

The couple didn’t speak publicly about the death until 2015.

At the time Margaret said: “The first time I met him, he swaggered in, and it made the hairs stand up on the back of my neck.

“He was much older than I expected. I vividly recall seeing our bread knife in the kitchen and wanting to pick it up and stab him in the back.

“It was a bizarre thought – I would never normally think of anything so violent and now I wonder whether it was some sort of sixth sense.

“Looking back, it’s my greatest regret that I didn’t kill him there and then. It would have saved my daughter’s life.”

Despite pleas from her parents, Kelly-Anne moved in with Smith the following year.

Though they alerted police and social services, they were powerless to intervene.

Margaret pleaded with her daughter to return home, but Kelly-Anne refused.

Margaret said: “Smith exuded evil. When I visited once, he showed me a hole in his floorboards where he said he’d had a gas leak.

“Just a few weeks later, he kept my daughter prisoner in the hole whilst he tortured her.

“I begged Kelly-Anne to leave him but she was totally under his control.

“It was like he had cursed her. Even my Mother’s Day card was in his handwriting.”

In the period before her death, in April 1996, Kelly-Anne endured unimaginable torture.

Over three barbaric weeks, Smith subjected her to 150 separate injuries before beating her with a shower head and drowning her in a bathtub.