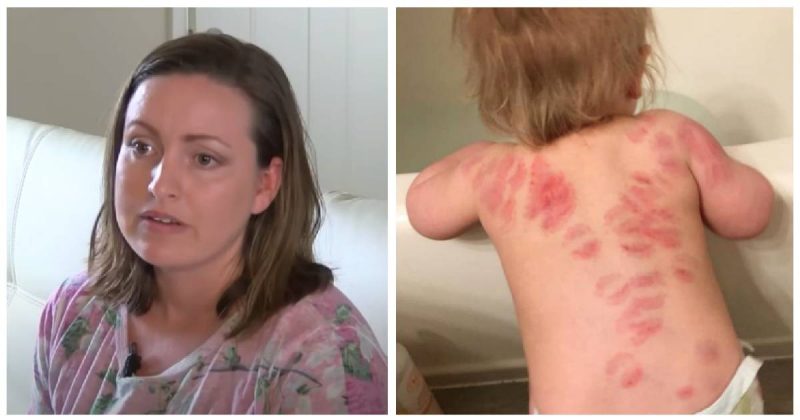 A little youngster child biting a peer isn’t really an odd the event, however within the case of Arizona mother Alice Martin’s little girl, Rosalyn, conditions were definitely not conventional when she suffered bites. The 15-month-old had not one, but rather 25 brutal bites on her back, shoulder as well as on the arms after being picked up from her facility daycare in February of this current year.

She was not sure why Rosalyn was acting fussier than ordinary, and at the point when she takes off her daughter’s cloth to give her a shower at night that she made the frightening revelation.

Alice revealed to KOLD News, “It feels both cross and sad simultaneously.  At first, I was like ‘are those truly bite marks or something else?’ At that point, my mind kinda stopped thinking, and I began crying.”

The incident has since been reported to Arizona’s Department of Health Services and nearby police. The authorities affirmed that the brutal bites to be from another child.

According to Martin, she rightfully believes her daughter’s preschool daughter’s preschool shows its carelessness and just because of their negligent this incident happened. She has expressed that a youngster bit so often would have been crying, and she is having difficulty comprehending how her child’s cries might have gone overlooked.

Through a spokesperson, Creative Beginnings Daycare has stated that they were not at liberty to discuss ongoing investigations. At the time of this writing, no arrests had been made.

Alice has shared the shocking photos of the bites on Facebook, resulting in the post going viral and outraging a mess of social media users.