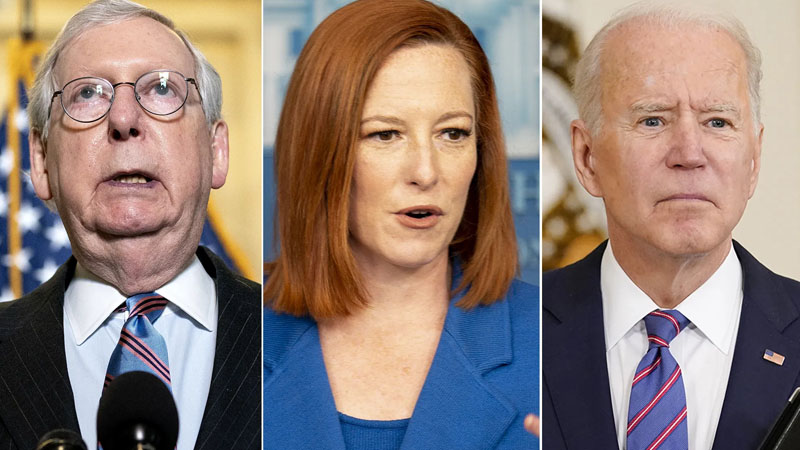 Senate Minority Leader Mitch McConnell (R-KY) spoke out on Tuesday to hilariously troll President Joe Biden for being “overruled” by White House Press Secretary Jen Psaki over him calling the situation at the border a “crisis.”

While speaking on the floor of the Senate, McConnell claimed that this incident is proof that the Biden administration is more focused on “woke proofreading” than actually stemming the flow of migrants.

“The most strength that this administration has shown on the border has been their commitment to their talking points — their refusal to call the crisis a crisis,” McConnell said, according to The New York Post.

“This past weekend, the president of the United States himself slipped up and used that forbidden word. But get this, he was then overruled by his own staff. Yesterday his press secretary said President Biden actually didn’t intend to describe the situation as a crisis.”

This came after Biden spoke out on Saturday to say that “young people” arriving on the border is a “crisis,” but Psaki publicly contradicted him on Monday by saying that the president doesn’t believe this.

“The president does not feel that children coming to our border seeking refuge from violence, economic hardships and other dire circumstances is a crisis,” she said. “He does feel that the crisis in Central America, the dire circumstances that many are fleeing from, that that is a situation that we need to spend our time, our effort on and we need to address it if we’re going to prevent more of an influx of migrants from coming in years to come.”

McConnell pointed out that these comments from Psaki came the very same day that “memos were issued to Immigration and Customs Enforcement and CBP” to inform them that “the government will be adopting new, more politically correct rhetoric.”

“Under this administration, we will no longer have illegal aliens — not because they’ll secure the border, just because they now will be called ‘non-citizens’ or ‘undocumented migrants,’ and so on,” McConnell explained.

“These priorities are almost a parody of left-wing governance: not securing the border, not a better plan for the children. Just woke proofreading. This is not going to get the job done.”