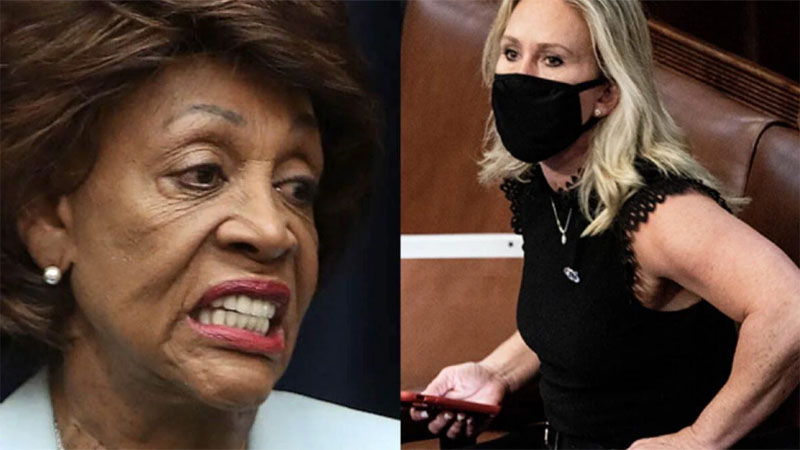 Time and time again we see how useless, feckless, and phony the GOP is.

They never fail to completely let us down – at a time when we should be fighting these communist Democrats like banshees over every little thing, useless idiots like Kevin McCarthy and his sidekick Liz Cheney, attack “America First” patriots as “racists.”

But do they take any of the energy they use to attack us, to go after the Dems?

Even after Mad Max attended a riot in Minneapolis, where she called for more violence and is likely responsible for two National Guardsman being shot at, the GOP leadership does nothing.

Thankfully, however, we have at least one person who isn’t a bought-and-paid-for undercover shill for the left, and who has a backbone: Marjorie Taylor Greene.

And she’s the only one who is actually getting out there and fighting for we the people who are sick and tired of watching the Dems work together to get away with everything.

MTG is actually doing something – she’s actually putting together a resolution to expel Maxine Waters from Congress for inciting a riot.

Will that actually happen? Likely not, but she’s FIGHTING and that’s all that matters at this point.

Here’s what she said:

Very soon I’ll be introducing a resolution to expel @RepMaxineWaters
from Congress for her continual incitement of violence on innocent American people. Rep Waters is a danger to our society.

After traveling across state lines to incite riots, her orders recorded on video last night at the Brooklyn Center, directly led to more violence and a drive by shooting on National Guardsmen in Minnesota early this morning. Cont’d..

As a sitting United States Congresswoman @MaxineWaters
threatened a jury demanding a guilty verdict and threatened violence if Chauvin is found not guilty. This is also an abuse of power. #ExpelMaxineWaters

11 minutes ago, Kevin McCarthy finally spoke up about Maxine Waters – this was after an entire day of his base of voters calling on him to do something.