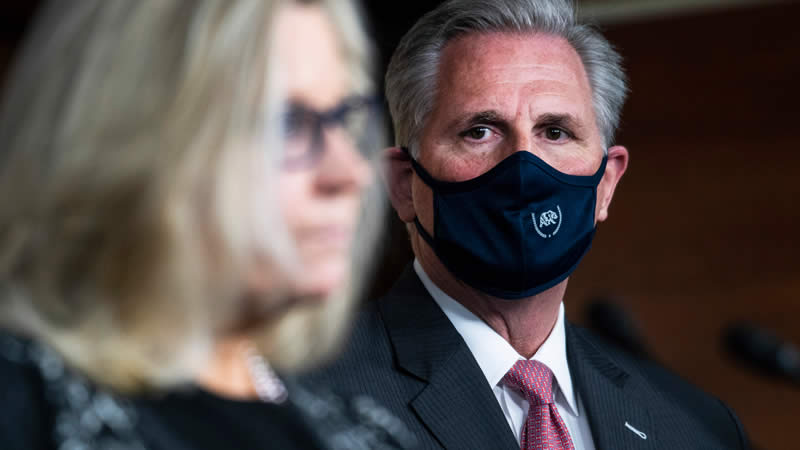 On Tuesday, House Minority Leader Kevin McCarthy (R-Calif.) said that he rented a room from GOP pollster Frank Luntz during the coronavirus pandemic. As per The Hill, this news was first reported by Fox News host Tucker Carlson the night before.

“I didn’t know how this was controversial,” McCarthy said on “Fox and Friends.” “Frank has been a friend of mine for more than 30 years. I met him with Newt Gingrich back when they were working on the Contract with America,” he added, referring to the former GOP Speaker from Georgia.
He added, “Democrats took over, they started changing the House around.”

“And so, yes, I’ve rented a room from Frank for a couple of months but don’t worry, I’m back to — going back to where I normally am, on my couch in my office,” he said. “But, yes, we pay fair market rate.”
Carlson had advised on his eponymic show the night earlier Republican leader might be violating House ethics rules by “living with a lobbyist for Google.”

“Why do Republican officials listen more carefully to Frank Luntz than they do their own voters?” Carlson asked, saying the living arrangement would give Luntz an “outsized influence over the Republican Party’s policy positions.”

“Well, Frank’s not a lobbyist. Frank’s a friend I knew 15 years before I ever got in and I just rented a room for a few months there. So I don’t see that there’s any problem along that line,” McCarthy responded. “But I’d like to see everybody stay together. Let’s work to make sure we put people back to work, back to health, back to school. Stop this woke movement that’s going on.”

McCarthy has always been loyal to Ex-president Donald Trump, visiting Trump at his Mar-a-Lago resort and backing his most vocal supporters within his caucus.

Carlson is often critical of Trump’s critics, but has also asked the leadership of the Republican establishment in Washington, D.C.

“He seems upset. I think he and Tucker must dislike each other, and I don’t think that’s right,” McCarthy said of Luntz. “They need to get together and solve whatever difficulties because we’ve got to make sure that we put this country back on the right track. We were so successful under President Trump, and what President Biden is doing today — the last thing we want to do is be fighting among ourselves.”