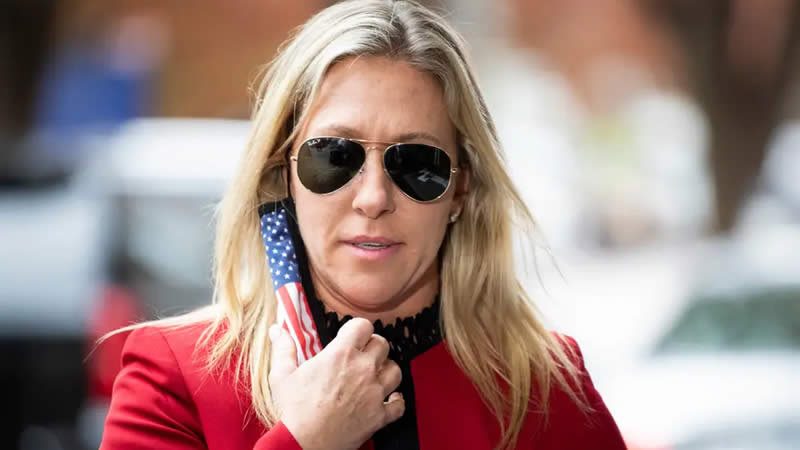 Rep. Marjorie Taylor Green has been accused of breaking Georgia state law by illegally filing for tax exemptions on separate homes in two different counties, according to an investigation by Atlanta’s WSB-TV.

The investigation found that Greene and her husband have two active homestead exemptions, WSB-TV said.

Property tax homestead exemptions offer significant tax breaks to homeowners. Married couples are only allowed to file for one exemption, according to Georgia law.

But the Greenes are reportedly receiving tax breaks on a property in North Fulton County and another $610,000 home in Floyd County, WSB-TV’s investigative journalist Justin Gray said.

Greene told the reporter to “mind his own business” and dismissed the report as a “pathetic smear” in a statement, WSB-TV reported.

In the Greene’s Floyd County application, the controversial Republican’s husband left blank the line that asked about whether they had another active exemption on a property. Fulton County tax officials confirmed to WSB-TV that the couple was still getting a tax break on the North Fulton County home, the Atlanta station reported.

The penalty for illegally filing a homestead exemption is double an annual tax bill, the local media outlet said. For the Greenes, WSB-TV reported, this could be nearly $12,000.