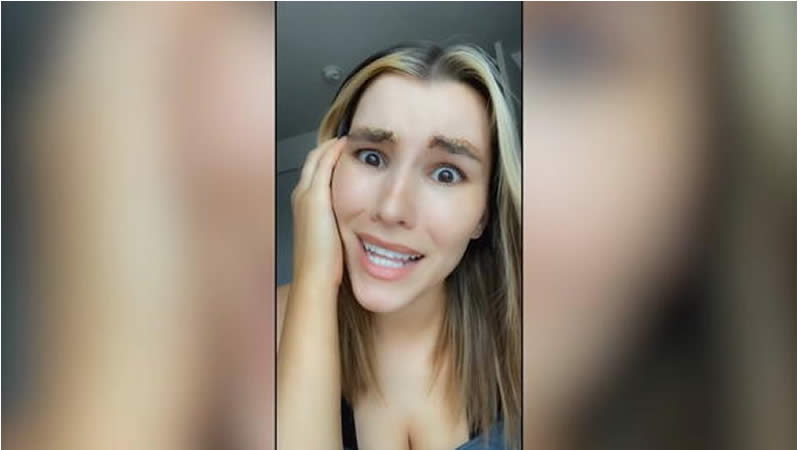 A woman who claims having her eyebrows microbladed was the ‘worst mistake she ever made’ has shared what they looked like four years after having the treatment.

Melina Tesi shared her story on TikTok to warn people of the effects of microblading fading that no one talks about.

Microblading is a semi-permanent eyebrow procedure that gives the appearance of fuller-looking brows.

In a video that has been viewed almost 670,000 times, Melina shared what her brows looked like before and after she had the treatment, writing: “Me thinking it’d be a good idea to microblade my eyebrows.”

The video then revealed what they looked like four years after she had it done.

The microblading is now above her natural brow and is orange in colour.

Melina says: “Don’t do it. Worst mistake I ever made, the removal process is so hard,” adding that she’s lost “so much confidence and always had to wear makeup to cover it.”

For the first year, she said she loved her brows, but after some time they started to change colour.

She said that after she decided to let her brows grow out fully, the microbladed brows no longer lined up with her natural shape.

After numerous failed attempts to have the brows removed with a laser procedure, Melina is attempting “Rejuvi” – another removal treatment that is often used for reversing the tattooing process.

Since being posted, the video has racked up more than 55,000 likes and 600 comments from viewers who were grateful that she’d shared the warning.

Many others also revealed the same had happened to them.

One person said: “Same!!! Four years out, thankfully mine are still under hair. But orange af.”

Another wrote: “Thank you for posting I was actually considering doing this and you’re the only person I’ve seen give me reason to think twice.”

“Mine faded grey!!!” commented a third.

A few people in the comments blamed the bad experience on a “bad artist”, as one person said: “I’ve been microbladed many times, nothing like this has ever happened. This is a bad artist and ink.”

Someone else also said: “Yeah, no. You should have researched a good artist. Your results are not the same for everyone who has it done. DUH,” to which Melina replied: “I did research the best artist in my area she’s certified and also teaches others. She’s super professional and famous for what she does. So idk.”

Marjorie Taylor Greene and her husband received tax breaks on two Georgia homes, investigation says. Married couples are only allowed one, according to state law.

Johnny Depp reveals shocking details about how he lost $650 million

Miracles of Lemon for Healthy Skin

Water is Important for Beauty