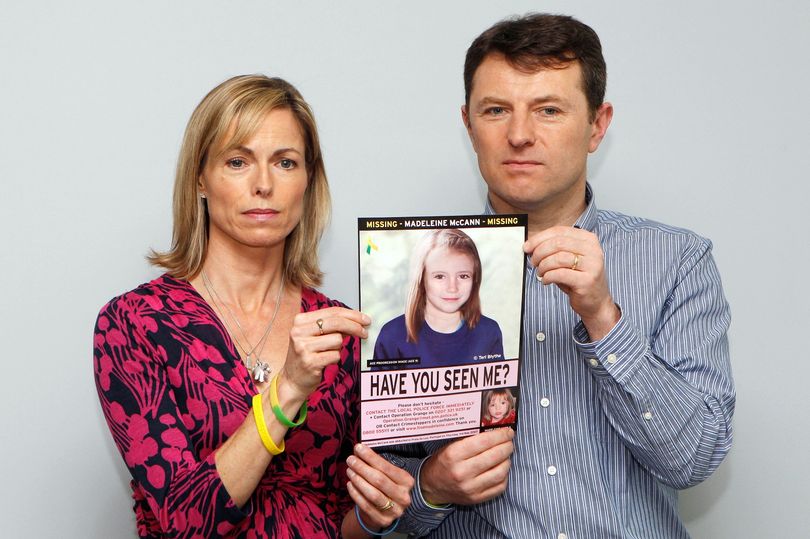 Madeleine McCann’s parents said the search for the missing youngster has been hampered by coronavirus – but they still have hope going into 2021.

In a New Year message posted online today Kate and Gerry write: “Understandably, the investigation to find Madeleine has been forced to slow down as a result of the pandemic.

“It hasn’t stopped however and the hope, energy and determination to find her and uncover the truth remain steadfast.”

The couple also reveal how they have both lost parents during 2020 – two of Maddie’s three grandparents who sadly passed away without ever knowing her fate.

In an personal post on both the official Find Maddie website and the Campaign Facebook page, Kate and Gerry thank their supporters and well wishers for continuing to be by their side.

They write: “We are very grateful for the continued support, especially throughout this ‘rubbish’ year and for all the Christmas wishes too. Thank you.”

Heart doctor Gerry and hospital medic Kate, both 52, from Rothley, Leicestershire, who faced their 14th Christmas without Maddie, open their message by saying: “Goodbye 2020! What a year! One we don’t want to remember but will find it hard to forget.”

They add: “There’s no doubt that 2020 has been tough for most people, and often distressing, with so much loss, worry and isolation. Despite losing a parent each, we are aware we have been more fortunate than many, with our family unit at home and jobs to go to.

“Our thoughts and prayers are with everyone who has suffered this year. Let’s hope 2021 is a brighter, more positive one. With our best wishes for exactly that. Kate & Gerry.”

Three-year-old Maddie vanished from a holiday apartment in Praia da Luz, Portugal, in May 2007 while her parents were dining in a nearby tapas restaurant with pals. She had been left sleeping alone with her younger twin siblings.

Kate and Gerry cling onto a glimmer of hope that Maddie – who would now be 17 – is still alive.

Prosecutors recently said they were “very confident” of charging him in the New Year and said the public “would reach the same conclusion if they knew the evidence we had.” They are convinced Maddie is dead.

German national Christian B, 43, is currently behind bars for unrelated drugs offences and raping an American pensioner in 2005 in the same Algarve resort Maddie was snatched from nearly two years later.

At the time the prime suspect came to light, the McCann’s said in a statement: “All we have ever wanted is to find her, uncover the truth and bring those responsible to justice. We will never give up hope of finding Madeleine alive but whatever the outcome may be, we need to know as we need to find peace.

“We would like to thank the general public for their ongoing support and encourage anyone who has information directly related to the appeal, to contact the police.”

Kate and Gerry’s twins Sean and Amelie are now aged 15 and turn 16 next month.

Last summer it was revealed that Maddie’s paternal grandma, widow Eileen McCann from Glasgow, had died aged 80 shortly before the bombshell news about a new prime suspect. She had previously lost her husband John.