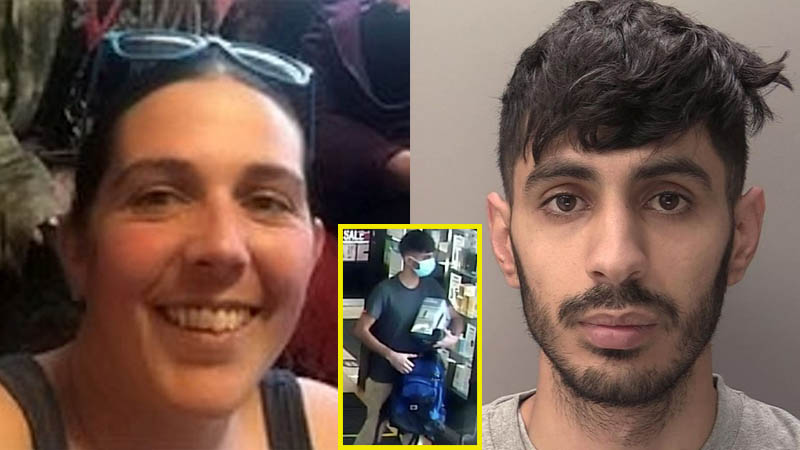 A man has been jailed for life for murdering a woman in his room above a kebab shop before cutting up and disposing of her remains.

Azam Mangori, 24, killed Lorraine Cox, 32, in his flat after targeting her as she walked home from a boozy night out in Exeter, Devon.

Mangori cut up her corpse into seven different pieces and dumped it in woodland in bin bags several days later.

He tried to cover up his crimes by putting her sim card in his mobile phone and posted on social media to convince loved ones she was still alive.

The failed Iraqi asylum seeker had “morbid interest in amputation” and was awaiting deportation when he carried out the murder.

He left her body in his room for several days before wrapping her in clingfilm, bin liners and tape, telling his trial that she died suddenly after sex in his bedroom after drinking and taking drugs.

No cause of death could be determined due to the length of time between her murder and her remains being found.

Judge Neil Garnham on Wednesday branded Mangori a coward as he jailed him for life with a minimum of 20 years before he is considered for parole.

He told Exeter Crown Court: “Exactly what happened will never be known but something happened in your bedroom which caused you to decide to kill Lorraine Cox.

“You murdered her but rather than reporting her death to anyone you kept her decomposing body for the next eight days.

“You purchased the necessary equipment from a nearby shop with a view to dispose of it.”

The judge added: “You ended the life of a bright, vivacious and intelligent young woman who had her whole life ahead of her.

“Your cowardice in failing to report her death only served to compound the loss and hurt.”

The court heard Lorraine was last seen in September last year while walking home from a night out.

Her family did not know her whereabouts for about a week before Mangori was arrested by detectives.

Her partner Elsie Farrow told the court: “I am not the person I was seven months ago. That person died. I suffer nightmares at the moment.

“The only stage I have not experienced yet is acceptance. I do not envisage that day will come any time soon.”

Elsie, 28, who lived with her in Scotland, said she had been put on medication for depression and anxiety and had been self-harming.

She added: “Every day I think about things that will never happen again. We will never be able to hold hands and go exploring in our local country park.

“We planned to have children together with Lorraine carrying our child.

“I will never see her smile or hear her infectious laugh.”

Mangori was convicted of murder and had previously admitted a separate charge of preventing Ms Cox’s lawful burial.

Fearless boy, 15, tried in vain to shield sister from evil dad who shot them both dead