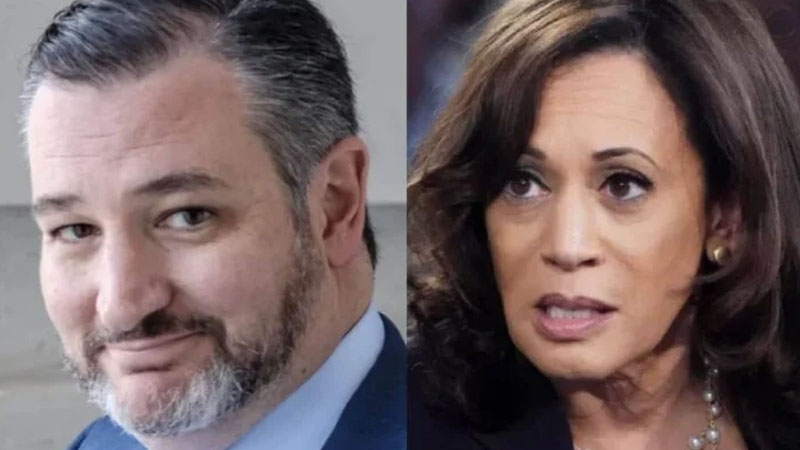 Republican Senator Ted Cruz of Texas joined the New Hampshire GOP in rebuking Vice President Kamala Harris for not yet visiting the escalating situation at the country’s southwest border.

According to the details, Cruz attempted to troll Kamala Harris by retweeting a Sean Hannity article with the caption “Montreal is going to invade.”

“GPS got confused….” the Texas Republican wrote on Twitter of news that Harris was traveling to the northern border state.

“Welcome to the #WrongBorder, [Vice President Kamala Harris]!” the New Hampshire GOP wrote on Twitter. “As you travel over 2,300 miles away from El Paso, our country would be better served with an official visit to our southern border, not a campaign trip for [Hassan].”

Vice President Harris spent much of her formative years in Montreal, attending Westmount High while her mother worked at McGill University and Jewish General Hospital.

Harris was recently appointed in a new immigration role for the White House.

The vice president said that most of the migrants fleeing to America “don’t want to leave home” and listed reasons as to why people are illegally immigrating to America.

“We are looking at extensive storm damage because of extreme climate, we’re looking at drought in an area in a region where agriculture is one of the most traditionally important basis for their economy,” Harris said. “We’re looking at what’s happening in terms of food scarcity as a result of that and in fact, incredible food insecurity, which we used to call hunger, food insecurity.”

She is set to meet with the president of Guatemala on Monday.