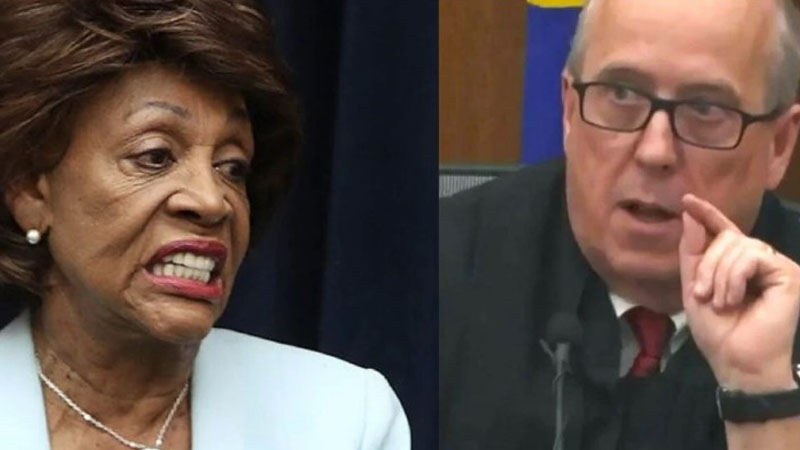 Based on what this judge just said, Maxine Waters should be expelled from Congress immediately. Well, if Officer Derek Chauvin is found guilty, and then the entire case is thrown out on appeal, everyone can thank that batty old woman Maxine Waters.

That’s what the judge in the George Floyd case just said today in court when the defense requested for a ministerial based on Maxine Waters showing up in Minneapolis and inciting riots if Chauvin is not found guilty.

What Maxine Waters did is unthinkable – this is what they tried to pin on President Trump, although, he didn’t do anything – he asked for everyone to be peaceful, and they still impeached him.

Crazy Maxine did the complete opposite of that – she wants that city to burn to the ground. It’s okay for her people to be upset over Geroge Floyd, but Trump’s 75+ million voters can’t be upset by the sham election.

But honestly, why wouldn’t Maxine incite violence? After all, she’s been promoting violence her whole entire life.

Here she is promoting riots in the Rodney King case:

Here’s what violent mob boss Mad Max had to say in Minneapolis that landed her in such hot water.

It’s outrageous what this irresponsible race-bating woman did. But this is what Dems do. They want this country to burn. They literally need chaos to distract from all their failures. And the judge in the Chauvin trial was not amused at all.

He slammed Maxine Waters and said this to Derek Chauvin’s trial lawyer when he asked for a mistrial: “I’ll give you that Congresswoman Waters may have given you something on appeal that may result in this whole trial being overturned.” WOW.

You can watch the videos below:

Big whoop. She should be expelled from Congress immediately for what she did. My God, right after she urged people to be more confrontational two National Guardsmen were shot at.

The entire GOP should be pushing non-stop for her expulsion and accept NOTHING less. But they won’t, because they’re useless fools, who actually agree with Democrats more times than not.

Devastating Old Video Surfaces Of Biden – Everyone Needs To See This!