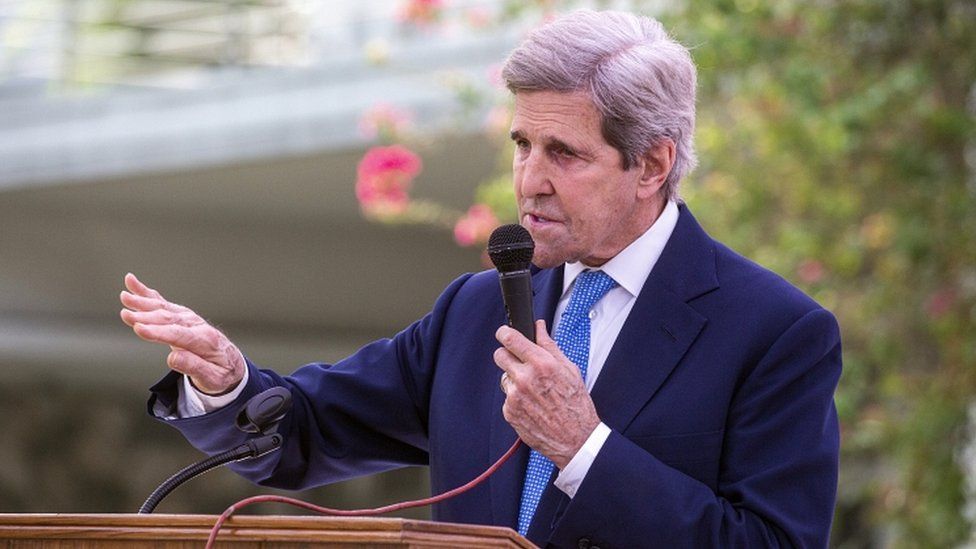 Democratic Foreign Policy has always been curious. The four decades earlier policy was to bully our friends and enemies must be mollified. Democratic world considers America the geopolitical evil whose destructive influences must be tamed and reined in, and that America’s enemies must be emboldened in order to tilt the global playing field away from America’s noxious ambit.

Former President Obama’s administration condensed this toxic ideology through its single-minded pursuit of a nuclear accord with the world’s No. 1 state sponsor of terrorism during the president’s lame-duck second term. Many of the leading chaffers who comprised Team Obama’s “negotiators” with Tehran — Wendy Sherman, Robert Malley, and Colin Kahl among them — are now reprising their roles during Biden’s third Obama term.

Obama Bros’ supine tango with the mullahs better than then-Secretary of State John Kerry. Kerry, the “statesman” who has been on the wrong side of every major foreign affairs issue since at least the Swift Boats of Vietnam, betrayed his country in borderline-treasonous fashion as Obama’s chief diplomatic lackey. Kerry traitorously colluded as a layman with his pal, Iranian Foreign Minister Javad Zarif, to undermine the Trump administration’s “maximum pressure” Iran containment strategy.

Sadly, it is worse than it looks. The latest leaked audio reveals that Kerry, now Team Biden’s special climate envoy, disclosed to Zarif the details of over 200 clandestine Israeli military operations taken against Iranian targets in Syria. One might be loath to take on blind faith the claims of a thug like Zarif, but in this case, the shoe fits. This is who John Forbes Kerry is — who he always has been, and always will be.

And if inveterate, what an absolute, chaotic disgrace it is. Kelly was then serving as America’s leading diplomat on the global stage betrayed our Israeli allies with reckless abandon, opting instead to buttress a rogue jihadist state and its barbarous Syrian satrapy. Rational American allies the world over will respond to this perfidy by trusting the U.S. much less with sensitive military intelligence. And for what end, other than the perverse, self-serving satisfaction of Team Obama’s “echo chamber” miscreants?

The American Left frequently responds with bewilderment or insolence when it is accused of protecting a barely covered anti-American spirit. With this new example of the full depth of leftist anti-Israel zealotry and pro-Iran sycophancy, maybe liberals will respond next time with less misunderstanding. In the intervening, John Kerry has helped harden his horrible legacy as a hammerhead par excellence, at best — and a traitorous anti-Western ideologue, at worst.