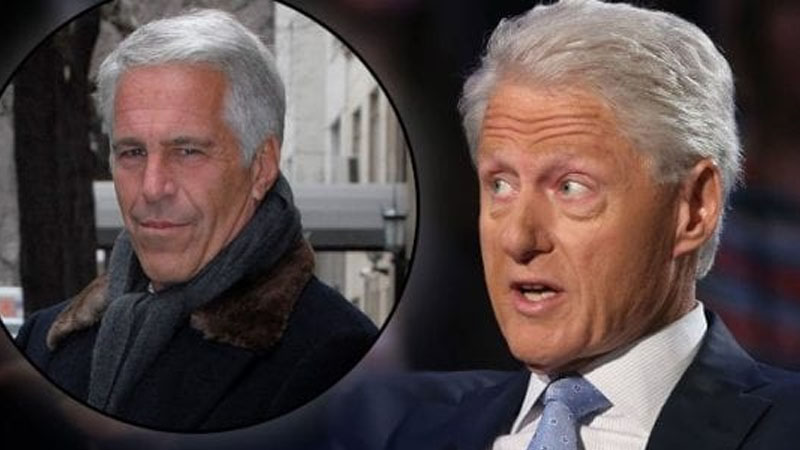 A video has re-emerged from the 1990s show on VH1 called “Fabulous”.

Basically, it was “Cribs” but showcasing the entire lifestyles of the “Rich and Famous”.

How cringe-worthy things look in hindsight!

Because one of those “Rich and famous” was Jeffrey Epstein.

Just watch for yourself:

A clip of disgraced pedophile and sex trafficker Jeffrey Epstein on VH1’s “The Fabulous Life of…” has resurfaced.

A two-minute cringe-worthy clip from Epstein’s feature on the show was shared by a Twitter user this week and is spreading like wildfire.

“35 seconds in and you’re thinking, this won’t get worse. But it does,” wrote Eoin Higgins, who posted the video.

Epstein, who died by suicide in prison in 2019, was featured on the reality series in a 2007 episode called “The Fabulous Life of Billion Dollar Wall Street Ballers.”

The financier was revealed to have been worth around $560 million shortly before his death.

This, of course, is his famed Upper East Side mansion, which just sold for $51 million. There, Epstein kept a bizarre painting of his buddy Bill Clinton and a safe filled with hundreds of nude photos of his victims, many of whom were underage. It’s also where the convicted sex offender had a ghastly “massage room” filled with a table and sex toys.

“It has incredible bells and whistles,” commentator Jason Oliver Nixon boasts in a hard-to-watch testimonial. “Closed-circuit televisions, a heated sidewalk out front so the snow melts.”

The video also brags about his “small fleet” of private planes, including a Boeing 727, that he used to fly around the world with bros Clinton and Kevin Spacey, who’s been accused of sexual assault several times.

“What do you need a commercial-sized airliner for?” asked Paper magazine editor-at-large Mickey Boardman in the clip.

You know one of the worst parts?

Seeing Chris Tucker on the plane with Jeff and Bill and Kevin Spacey.

Awww come on CTuck, let’s just hope you didn’t know what you were getting yourself into.

Because keeping company with Epstein, Clinton and Spacey is about as horrible as you can get!

Here are those videos backed up to Rumble, plus the rest of the full episode: