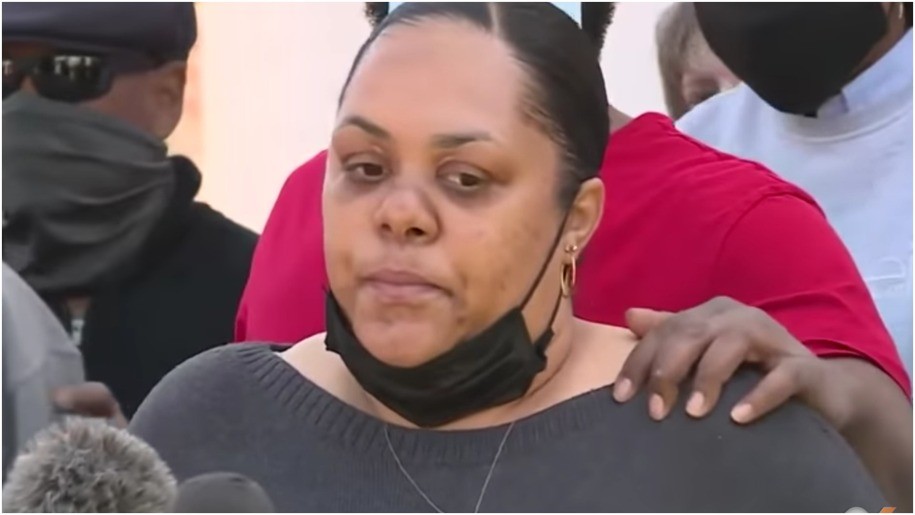 A 32-year-old Isaiah Brown shot dead Brown at least 10-times, the deputy who critically injured the man had given him a ride after he reported car troubles. In reality, Brown called 911 asking for help because he was “having a difficult situation, mental stress,” attorney David Haynes said at a news conference Monday on the steps of the Spotsylvania Courthouse. Haynes said Brown “communicated very clearly to dispatch” that he had no weapon, a claim the state agency investigating the shooting confirmed with CNN.

“(…) there’s no reason that the deputy should not have been informed of that,” Haynes said.

About 3:20 a.m. on April 21 in the western part of Spotsylvania County, body-camera footage of the incident that deputies were responding to a domestic disturbance, Harris said in a video statement before releasing 911 audio. “During an encounter with an adult male, the deputy discharged his firearm,” Harris said. “Mr. Brown was struck by the gunfire. The deputy immediately rendered life-saving first aid.”

The footage, where Brown’s image was blur has a lot more than a story. In the video, a deputy arrived on the scene and ordered Brown to show his hands and “drop the gun.” Attorney said actually it was only holding a cordless phone.

“This was clearly a failure of communication between the dispatch and the officers that arrived on the scene,” Haynes said. “As a result of those failures, Isaiah Brown is in intensive care.” Haynes said the deputy who shot Brown “acted totally negligently and irresponsibly and overreacted to the scene,” leaving Brown on a breathing machine with eight bullets still lodged in his body.

In the body camera footage that showed the deputy yelling orders repeatedly at Brown, another deputy on the scene can be heard saying: “He’s got a gun to his head.”

Brown told police that he was calling because his brother wouldn’t let him in his mom’s room. “Why is that an emergency,” the dispatcher asked. Brown responded: “Because I can’t get to my car.” Moments later, he could be heard telling his brother: “Give me the gun.” When Brown’s brother asked why he needed the gun, he responded by asking police to “send somebody down here.”

“I’m about to kill my brother,” he later added. When the dispatcher asked Brown was he armed, he initially said, “yup” but changed his answer to “nope” when he was asked again. “Do you have any weapons on you,” the dispatcher asked a third time. Brown responded: “Nope.”

The sheriff said his department contacted the Virginia State Police Bureau of Criminal Investigation to “ensure an impartial and transparent investigation,” “The investigation remains ongoing at this time, so we are not in a position to comment on any circumstances related to the shooting,” the state police said in a statement CNN obtained on Monday. “Once the investigation is concluded, state police will turn over the investigative findings to the special prosecutor for final review and adjudication.”

On Monday, Brown’s sister, Yolanda has several questions she wants to be answered. “How do we feel? I don’t really know how to say how we feel,” she said. “As a whole right now, this country is divided. It’s not one race. There’s a lot of minorities that walk in daily fear. It’s a fear that nobody should have to feel.” She described her brother as a home health aide who cared for elderly patients and was “known for his smile.”

Jennifer Brown, Isaiah’s mother, said her only concern at this point is making sure her son comes home. “That’s all I have to say,” she said. The family has asked the Spotsylvania County sheriff not to release any updates on Isaiah’s condition to the public because earlier reports were “inaccurate” and not approved by the family.

President Biden is crumbling before our eyes