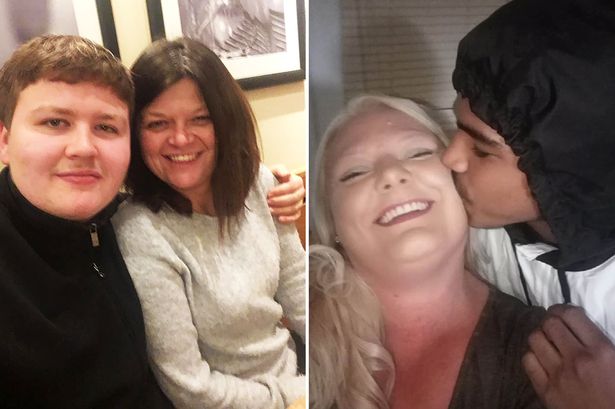 Parents of two “inseparable” teenagers murdered at a birthday party have said no sentence for their killers will be enough to give them closure.

Childhood friends Dom Ansah and Ben Gillham-Rice, both 17, were stabbed to death at a house in Milton Keynes on October 19, 2019.

Ben’s parents Jason Rice and Suzanne Gillham and Dom’s mother Tracey Ansah paid tribute to their sons, who became friends at the age of four when they first met at school.

Ms Gillham said: “That friendship was strong from day one, up until the fatal night they both lost their lives.”

Mr Rice said: “I drove to the party and I couldn’t get in, it was all cordoned off and I was just told there been a fatality there, and then one of his mates said to me it was Ben.

On Wednesday, Ben Potter and Jamie Chandler, both 17, were each sentenced to minimum terms of 22 years in detention for the murders.

Ben’s parents said their son was a “very charismatic” boy and a passionate football fan who was widely adored.

His father said: “He was extremely funny. His friends said just how funny he was, whenever there was a gathering on they’d want him there, he would light up the party.”

The families were so close Ben was like a second brother to Dom’s twin sister Holly, Mrs Ansah said.

She added: “There was always banter between Ben supporting Tottenham and Dom Liverpool, so we always had that banter, they just did everything together.”

She said Dom, who loved basketball, was full of joy, energy and a love for life.

“He was very much loved…really loved,” she said, adding around 500 people had attended his funeral.

During the trial at Luton Crown Court, Mrs Ansah had described how she spent Dom’s last moments by his side in hospital.

Mrs Ansah told PA: “We were lucky, we got three hours with him. It wasn’t enough. But he knew we were there and we got to tell him how much we love him.

The trial heard Ben was pronounced dead at the house in the Emerson Valley area after he was stabbed six times.

Asked before sentencing whether the end of the process would bring any closure, Mr Rice said: “It gives you a little bit, maybe, of that chapter’s over, knowing that the people have done it are behind bars, but no sentence will be enough.”

This was echoed by Mrs Ansah, who said: “We just survive, every day. There’s no meaning to it, because he’s not a part of it.

“So no sentence will ever be long enough, and it’s not something you will ever recover from.”https://get-latest.convrse.media/?url=https%3A%2F%2Fwww.mirror.co.uk%2Fnews%2Fuk-news%2Fgrieving-parents-inseparable-teens-murdered-23271495&cre=bottom&cip=34&view=web

She added Ben, Dom and the defendants had been “failed” by systems including schools and social services.

“If they had done what was right by them, they might not have done this to our boys. The system’s the problem,” she continued.

After the jury gave their verdicts, Mr Justice Spencer commended the families for their dignity over more than a month and a half of the trial.

Both families said they found it difficult to see the adult defendants in the dock, with the juveniles in a separate courtroom.

Mr Rice said: “When you look at them and you think, ‘why would you do it? Why? What possessed you to think, right, I’m going to do that.’

“There’s nothing that either of them had done, or could have done, that deserved that.”