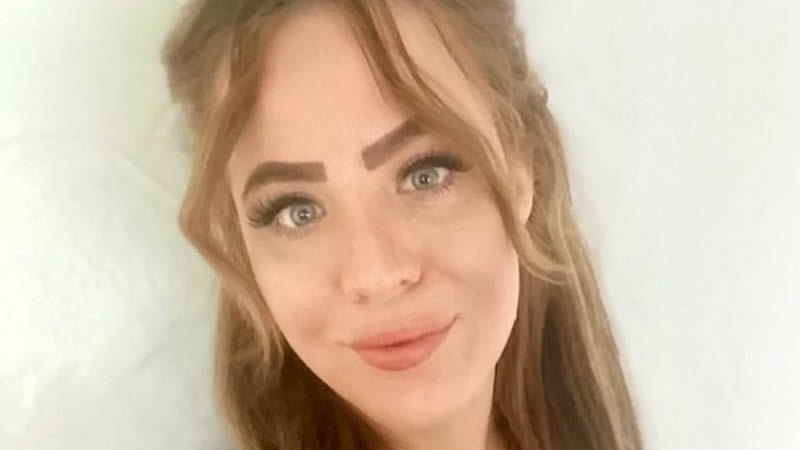 After a horrifying episode of an allergic reaction, Kirsty Hext, 26, is recovering in hospital. She felt fear of death, she won’t see her child again ever.

A woman is struggling for breathing soon after the coronavirus vaccine that ended fighting for life.

Kirsty Hext, 26, had a severe allergy to an unknown ingredient of the Pfizer jab and later suffered 14 anaphylactic shocks.

The woman in Havant in Hampshire got her second dose on April 28. Her tongue and throat then started swelling up and she was taken to A&E.

When she got stable, doctors at Queen Alexandra Hospital, Portsmouth, discovered she’d had an anaphylactic shock – an intense immune reply – which had been triggered by her Covid-19 vaccine.

Kirsty, who lives with daughter Harper-Rose, two, and partner Sean Sims, 29, had a further four anaphylactic shocks that day. Care staff would haste in to give her epinephrine to keep her alive.

Kirsty said: “Everything was happening so fast and I had no idea what was going on – I even fell unconscious a couple of times.

“I knew how dangerous anaphylactic shocks can be.”

Kirsty was shifted to ICU as doctors became gradually worried by her condition, and over the following week, she had a further five anaphylactic shocks.

Her airways got swell so strictly that her brain was run down of oxygen, resulting in Kirsty having a seizure where she felt insensible and was shaking irrepressibly in her bed.

She said: “I truly believed my body was giving up – I thought I was going to die in hospital and I’d never watch my daughter grow up.

“I even had tearful a phone call with my sister where I asked her ‘if I don’t wake up, can you raise my daughter?'”

Kirsty was finally discharged on May 5 with EpiPens and instructions to call 999 at the first signs of another episode but, after a few days, Kirsty was rushed back to the hospital. She suffered a further five shocks and another spontaneous epileptic seizure. The mum is staying in hospital as doctors have warned she will likely have more.

Although she hopes to eventually return home to her family for good, Kirsty said: “Hospital is the safest place for me to be right now.”
She still encourages people to go and get their Covid-19 vaccines.

Kirsty explained: “Even though I have nearly died several times since getting vaccinated, I work in the care sector myself and I know how important it is.

“I do think more research should be done into the potential side effects and allergic reactions to the jab, but that shouldn’t stop people from being jabbed in the first place.

“As scary as it was, the treatment and care I have received from the staff at Queen Alexandra Hospital have been fantastic, and the paramedics with South Central Ambulance Service have been amazing and saved my life.

“I want people to remember that reactions like mine are very rare – and just because I have had a bad reaction, doesn’t mean everyone else will too.
“Vaccinations save lives.”