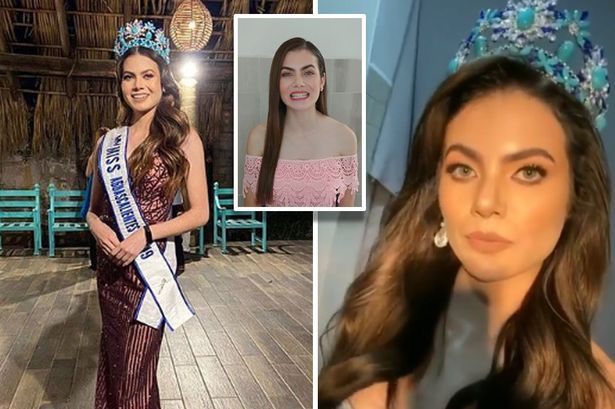 A 21-year-old beauty queen and influencer has tragically been found dead at her home just days after posting a “Merry Christmas” message on her Instagram.

Ximena Hita also served as a paramedic and was preparing to officially become a nurse in the city of Aguascalientes, Mexico before her death, which remains shrouded in mystery.

She had also hoped to be crowned Miss Mexico but her body was discovered just weeks before the contest was due to take place, with fellow contestants sharing their heartbreak over the loss.

Authorities fear Ximena may have ended her life but the exact circumstances of her death remain a mystery.

Hita may have committed suicide, as per initial findings, but further investigations have to be conducted before the cause of the death can be established, police spokesman Mario Garcia said.

According to the Attorney General’s office, several forensics teams are working to determine if foul play was involved in Hita’s death.

Following the tragic news, the Miss Mexico Organization issued a statement expressing their sadness and offering their condolences to Hita’s family.

“Ximena, we will always remember you; thank you for all your love in favour of building an inclusive society with values, we will carry your legacy forever,” the statement said.

According to reports, Ximena had won Miss Aguascalientes in 2019 and had thereby qualified for Miss Mexico 2021, which is scheduled to take place on March 13.

“You do not know the great pain and emptiness that you leave in our hearts. So many dreams and goals you had,” she wrote.

Miss Mexico City, Jessica Farjat, added: “You left inspiration in each person, a queen lighting up the sky. Rest beautiful.”

In her poignant final Instagram post, which showed a plain image bearing the message “Merry Christmas,” Ximea wrote: “We wish you a lot of love, peace, and a lot of patience in every challenge that comes our way, because we are sure we will achieve every goal we set ourselves.”