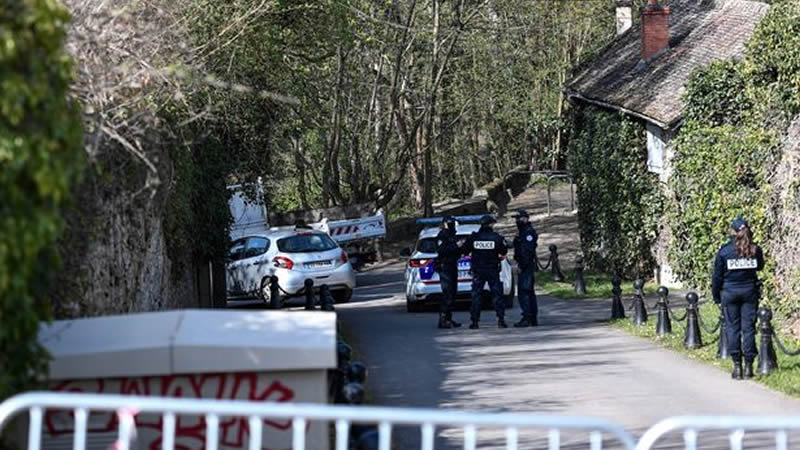 A billionaire and his wife showed their horror injuries after burglars broke into their luxury estate.

Former French government minister Bernard Tapie, 78, and his wife Dominique, 70, were beaten up before being tied up with electrical cords in their property near Paris.

The pair revealed the extent of the injuries sustained in the harrowing incident at their manor house in Combs-La-Ville on Saturday night.

Mr Tapie, who was hit over the head with a club when the group of men entered his home, now has a bloodshot eye after the blow.

His cheeks and lips are also severely bruised and cut while his wife has a black eye as well as bruising to her nose, chin and cheeks after being beaten in the attack.

Prosecutors in Paris said they have opened an investigation into the gang robbery. It began as the couple slept with four men breaking into their house, beating them and tying them up with electrical cords.

They called it an “organised gang robbery, holding someone against their will to commit a crime and belonging to a criminal group.”

Mrs Tapie managed to free herself and went to a neighbour’s home where she called the police.

She went to hospital for treatment on her face but Mr Tapie, who once owned Adidas and is fighting cancer, declined to be taken with her.

Their grandson Rodolphe Tapie said: “My grandfather refused to be taken away. He is shattered, very tired.

“He was sitting on a chair when he was hit with a club. My grandmother was taken for hospital for a check-up. She’s doing well.”

The gang of burglars managed to elude guards stationed outside to break into the house.

Local prosecutors say they made off with two watches, including a Rolex, and jewellery such as earrings, bracelets and a ring.

He served as a government minister in the 1990s while also building a sports and media empire.

Mr Tapie was once the owner of prominent football club Marseille, winning five French titles and the Champions League under his stewardship, although he was also found guilty of match fixing and the team was relegated as punishment.

He has also received criminal convictions for tax fraud and misuse of corporate assets, and at one stage went to prison for five months.

Following his release in 1997, he enjoyed a showbiz career that saw him become a household name in France.

Woman, 25, left red-faced after mum finds a 10-year-old stash of condoms in her teddy bear