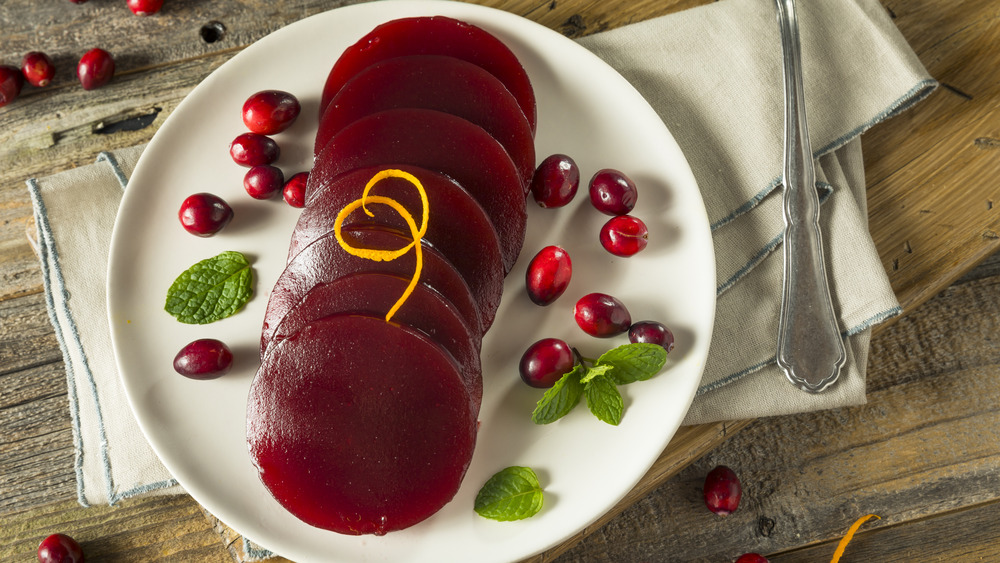 One of the most traditional of Thanksgiving side dishes is cranberry sauce, something we seldom eat at any other time of year. In fact, it may be hard to come across fresh cranberries should you suddenly get an urge to cook with these during any month not starting with “N.” (Luckily they freeze well, so stock up now!) The rest of the year, most of us consume our share of cranberries in the form of juice or Craisins, but you can usually still find a can or two of cranberry sauce (either whole berry or that weird jerky kind) on the supermarket shelves year-round.

But should you actually be eating the kind of cranberry sauce that comes out of a can? We spoke with two food experts, dietitian Emily Wunder, MSCN, RD, LDN, and chef Seamus Mullen, and both of them gave us the same answer: no, you should probably give it a pass (hard, soft, or in-between.) It’s almost as easy, not to mention far healthier and tastier, to simply make your own sauce, at least when cranberries are in season (or in your freezer). 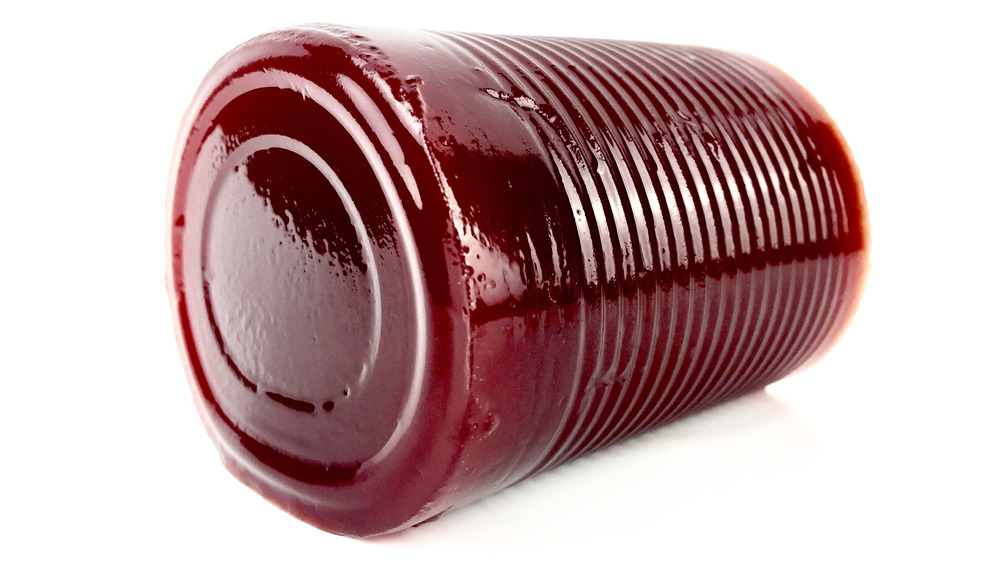 Wunder, creator of the Healthier Taste website, advises that with any kind of canned food, the most important thing to do is to check the ingredient list to see what’s really in that can. She says “If it is a long list of words that you can not even pronounce, I would move on to another option.” With cranberry sauce, however, the problem isn’t usually with unrecognizable ingredients, but rather the fact that these familiar ingredients won’t be good ones. Wunder says that most canned cranberry sauce is sweetened with high fructose corn syrup, which “results in 25 grams of sugar per 1/4 cup serving where 24 grams of that is added sugar!”

She suggests that unless cranberry sauce from a can happens to be one of your all-time holiday faves, “chances are the holidays will be filled with many sweet splurges, so this is one easy place to cut back.”Should you be inclined to make your own sauce, Wunder suggests swapping out the sugar in the recipe for honey. She says that honey has a lower glycemic index than sugar, adding that “the higher the glycemic index of a food, the faster it will make blood sugar rise.” Therefore, any time you can get the chance to lower that glycemic index, you should take it, since it’s a far healthier option for managing your blood sugar levels. What’s more, the honey/sugar swap should also reduce the sugar content down to a more manageable 19 grams per serving.

Canned cranberry sauce is too sugary-sweet 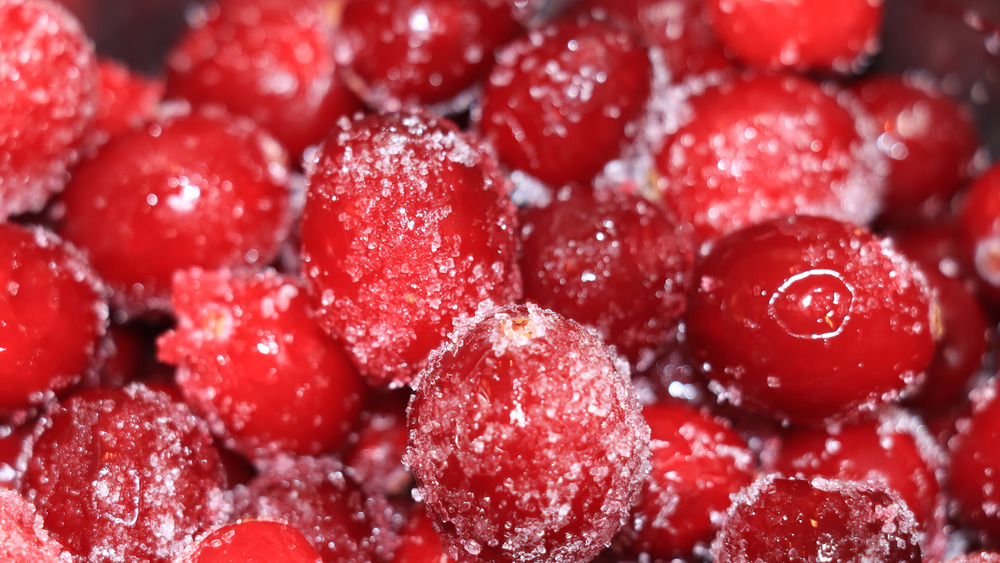 Mullen, a chef at the Institute of Culinary Education in Los Angeles, is no fan of canned cranberry sauce for the holiday table. He says, “I find canned cranberry sauce to taste cloyingly sweet and over-processed,” and instead suggests you take the time to make your own sauce. He says that the DIY approach “allows you to guarantee the quality of the ingredients,” and he also echoes Wunder’s advice, adding that cooking your own sauce lets you “ensure that the sugar levels are reasonable to keep it healthy.”

He generously supplied us with one of his go-to cranberry recipes, one that is not only delicious but also pretty darn healthy. He adds spices to enhance the flavor, and says that their health-giving properties, along with “the low levels of sugar and high levels of antioxidants in cranberries…make this homemade compote a delicious and powerful anti-inflammatory superfood!” Plus, you can even enjoy it when cranberries aren’t in season, since it works equally well with apples or pears or a combination of any of these fruits. 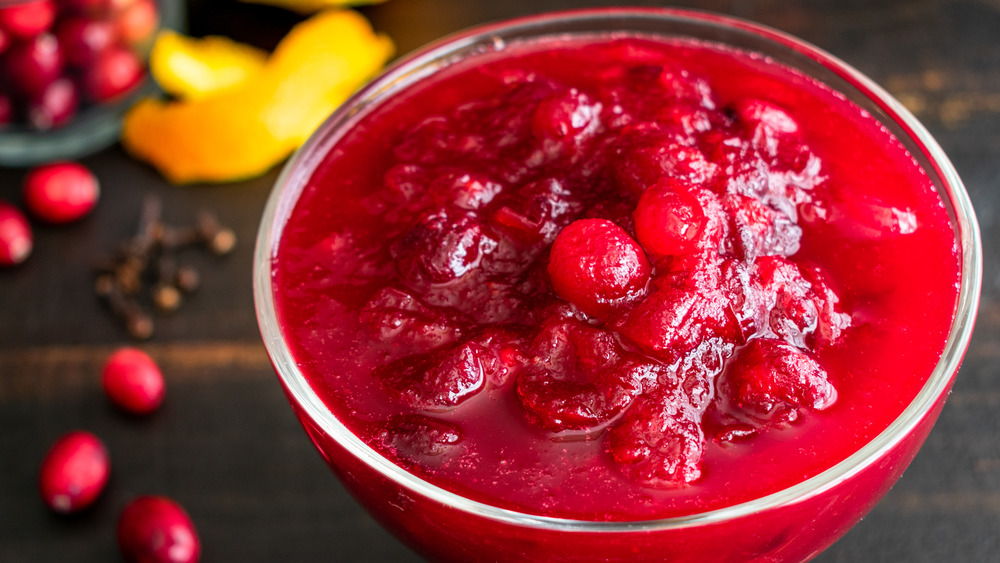 In order to make Mullen’s Homemade Thanksgiving Compote, you’ll start with 4 cups of either fresh cranberries, roughly diced apples, or roughly diced pears, or any combination of the three fruits. The other ingredients you’ll need include 1 cup of maple syrup, 1 bay leaf, 1 tablespoon of peppercorns, 4 pieces of star anise, 1 tablespoon of allspice, 4 sticks of cinnamon, 2 cloves, the zest of one orange, and a pinch of sea salt.

Heat the maple syrup in a large saucepan together with 1/4 cup water until it starts to simmer. In the meantime, mix together all of the spices except for the cinnamon sticks and tie them up in a piece of cheesecloth with some butcher’s twine. Drop the sachet into the simmering syrup and let it infuse for 2 to 3 minutes. Add in the fruit, the orange zest, and the salt, then keep simmering (reducing the heat if necessary) for another 20 to 30 minutes until the fruit is tender. Adjust the seasonings if necessary, then serve either hot or cool.