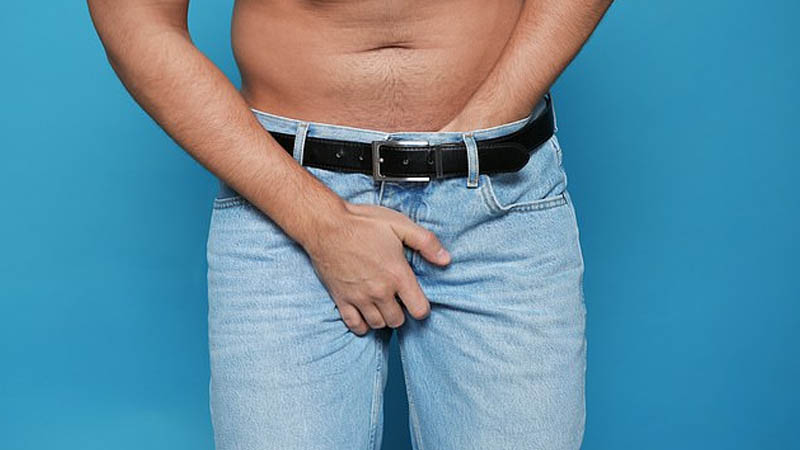 Two men who got drunk and injected their penises with cream in the hope it would make their genitals bigger were instead left with painful swelling, according to the doctors who treated them.

The French men, both in their thirties, watched a YouTube ‘tutorial’ that offered bogus tips on how they could get a bigger penis.

The National Health Service (NHS) states that the creams can be used to treat bruises, piles, and inflamed veins. It’s typically an ointment that is used to reduce swelling, but when the pair injected it into each other, it caused their members to swell.

Doctors who treated the unidentified pair revealed they suffered from ‘progressive painful swelling of the penis during the night’ and went to hospital the next morning.

Both men complained it hurt when the medics touched their penis to inspect the damage. And gruesome pictures published in a medical journal showed the extent of their swelling.

Medics fear the cream blocked lymph vessels in the penis, stopping the body from naturally clearing excess fluid and causing it to swell.

Both men were told to rest and take painkillers, in the hope that the swelling would go down on its own.

In the journal Annales de Dermatologie et de Vénéréologie, the medical team that treated the men said: “Self-injection into the penis is an old practice. It may be motivated by the desire to have a larger penis in order to increase self-esteem or to achieve enhanced sexual performance, or it may be part of chem-sex practices, among other reasons.”

“It is becoming more accessible since patients can now watch online tutorials, as occurred in the present case.”

Speaking to MailOnline, Dr Rich Viney, a consultant urologist at the Queen Elizabeth Hospital in Birmingham, said: “In this story we have two amateurs, under the influence of alcohol, injecting a product not designed to be injected in their penises under the guidance of a YouTube video. This was never going to work out well and there’s a real likelihood that there will be irreversible damage with long term implications for their erections. This is something no right-minded individual would do.”

“Ultimately, the augmentation of the appearances of the genitals for both men and women carry with it risks of scarring and infection, poor results and a possible loss of function. If someone wants to explore interventions of this kind they should consult with a suitably qualified specialist and ideally seek more than one opinion,” Viney added.

6 Easy Hacks For People With Invisalign