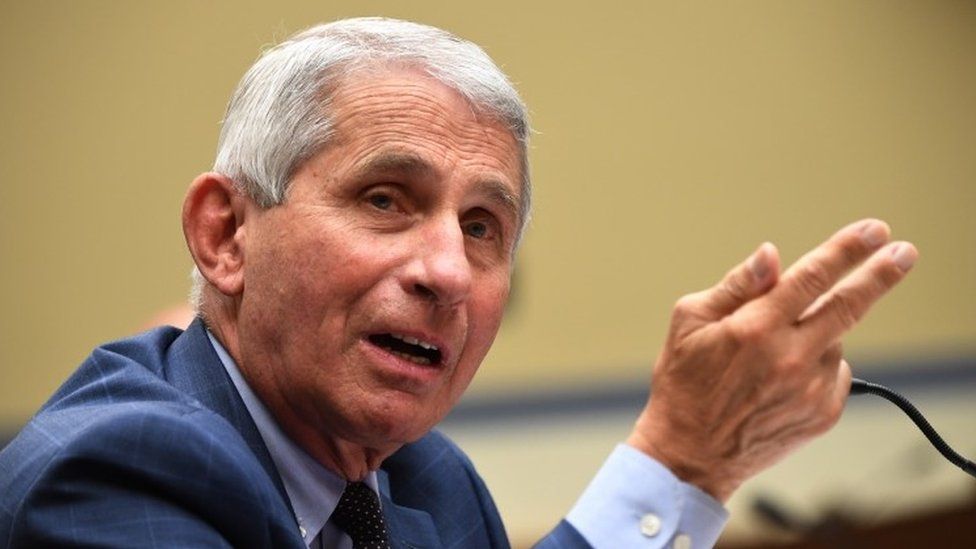 One of the reasons — in fact, it’s probably the main reason — why Americans have zero faith in most of our institutions these days is because we’ve been lied to so often by the careerists, bureaucrats, and deep state oligarchs who ‘run things.’

That is especially true when it comes to Dr. Anthony Fauci, the country’s top immunologist and now chief medical adviser to the Biden regime.

Last spring, as COVID-19 began to spread from the Chinese lab whence it came (according to reports) around the world and to the U.S., “The Fouch” was asked specifically by a medical colleague and correspondent for CBS’s “60 Minutes” whether Americans should be walking around wearing masks.

Fauci essentially said that no, not at that time did it make sense to wear masks — but it was the reasons he gave in justifying his answer: “There’s no reason to be walking around with a mask. When you’re in the middle of an outbreak, wearing a mask might make people feel a little bit better and it might even block a droplet, but it’s not providing the perfect protection that people think that it is. And, often, there are unintended consequences — people keep fiddling with the mask and they keep touching their face.”

What changed? Because not long after, Fauci became the lead mask enforcer, even going so far in recent weeks to contradict himself on the wearing of masks: Wear two, don’t wear them outside; wear them after you’ve been vaccinated (despite the immunity-producing effects of getting a vaccine in the first place); and so on.

Could it be that demanding Americans wear masks indefinitely became a control status symbol for Fauci’s big government masters?

Because his irrational insistence (and flop-flipping) on masks has gotten way out of control: Now, even Americans who run summer camps are requiring participants as young as two years old to mask up — despite the fact that we’ve known for months and months that a) toddlers don’t get COVID; b) therefore, toddlers don’t spread COVID; and c) neither do younger children and early teens.

But now, in a giggly back-and-forth with “Today” show host Savannah Guthrie, The Fouch says wearing masks out of doors is what must be done.

“Given what research shows about transmission outside, about the low risk of serious illness in children, are these CDC guidelines excessive?” Guthrie asked.

“I wouldn’t call them excessive, Savannah, but they certainly are conservative (yuck, yuck),” Dr. Fauci answered. “And I think what you’re going to start to see is really in real time, continually reevaluating that for its practicality. Because you’re right, people look at that and they say, ‘Well, is that being a little bit too far right now?’”

Guthrie responded, “Yeah, because aren’t we supposed to be—and people have been preaching for a year, ‘follow the science.’ The science doesn’t suggest those CDC guidelines are too sensible for little kids outside in 90-degree heat running around with masks.”

“You’re right, it looks a bit strict, a bit stringent, but that’s the reason why they keep looking at that and trying to reevaluate, literally in real-time, whether or not that’s the practical way to go,” Fauci said.

Unreal. This man twists himself into a pretzel several times a week to try and justify the nonsensical and the fabricated.

Mask mandates at this point are pure political theater, and they’re about control, not ‘science.’