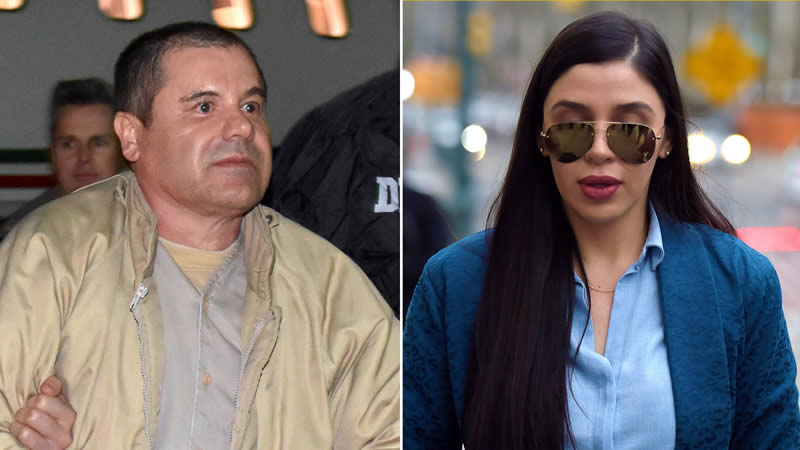 El Chapo is reportedly “worried” about his detained wife – who may face a long stint in prison.

Emma Coronel Aispuro was detained on Monday, February 22 , at Dulles International Airport in Virginia, the US.

She has been charged with distributing cocaine, heroin and other drugs across the US-Mexico border.

The 31-year-old former beauty queen has also been accused of conspiring with others to help Chapo – real name Joaquin Guzman Loera – escape from Altiplano prison in July 2015.

Her lawyer Jeffrey Lichtman recently told TV network Telemundo that “everything is on the table”, including negotiating with the US government.

He also believes a verdict could be reached within a week.

Mr Lichtman said: “It is too early to know, I will be frank.

He added: “It is difficult to know at this stage of the case how things will turn out. I would say that within 30 days we will have a clearer idea.”

Coronel and El Chapo married after she turned 18 in 2007 and had twin daughters, spending their entire married life with Guzman either in jail or on the run as the leader of the powerful Sinaloa Cartel.

The former drug lord, imprisoned in a maximum-security jail in Colorado, the US, is now said to be getting weekly updates on her.

If convicted, she may face up to 10 years in prison with a life sentence possible.

Earlier reports suggested that Coronel had turned herself in and may negotiate with investigators.

Sources told Vice that she was already prepared to face federal charges when she landed at Dulles Airport.

Another “federal law enforcement insider” also told the New York Post: “Emma wants to get far away from the violence, and has always wanted to live in the US.”

Mr Lichtman earlier told WABC radio host Frank Morano: “I’ve been involved with fabrication of evidence, destroying evidence, lying to judges, lying to juries by the feds, but to actually put this out there is an attempt to murder her and her family.

“Let’s be clear about this. She’s got two 9-year-old girls that are exposed, obviously, and to put this out there so flippantly is designed to kill them.”