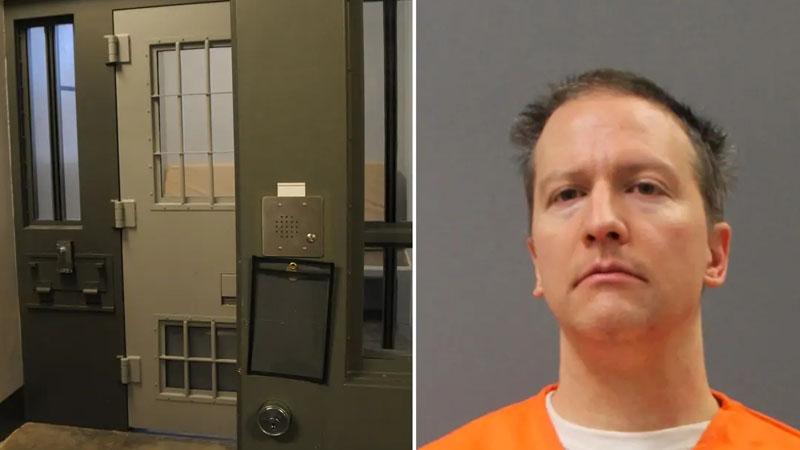 Former Minneapolis police officer Derek Chauvin spent his first night in prison since his conviction for murdering George Floyd segregated from the other inmates, according to the Minnesota Department of Corrections.

Chauvin, found guilty Tuesday in Floyd’s death on May 25, is being housed under a form of solitary confinement called “administrative segregation” for his own safety while being held at the Oak Park Heights prison until sentencing in June, said agency spokeswoman Sarah Fitzgerald.

Chauvin’s first night in prison consisted of a hot and well-balanced dinner. According to the menu, his very first meal was strategically measured out and included four ounces of teriyaki chicken, one cup of brown rice, half a cup of broccoli salad, and string beans.

Radar has learned the well-balanced meal also came with two wheat rolls and margarine. Chauvin also got something sweet — half a cup of applesauce — to wash it all down.

Derek Chauvin is being housed in a cell by himself and will not have contact with other inmates, officials said. Items allowed in ACU cells include clothing, footwear, towels, bedding, writing paper and pen as well as toothpaste, soap, deodorant, shampoo, a comb and a restricted housing packet, according to the Department of Corrections website.

Chauvin is expected to be sentenced in June, though no precise date has been given.